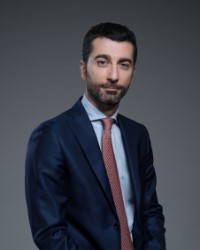 Francesco Florio is a partner at Legance. He deals with M&A and private equity, and with extraordinary transactions such as mergers, demergers, joint venture agreements and real estate transactions. Francesco has extensive experience in transactions involving leading private equity funds, both national and international, working on some of the major deals concluded in Italy in recent years. He has an LLM in International Corporate Finance from King’s College London, and completed a secondment period with a leading Spanish firm in 2011, thanks to which he currently assists numerous Spanish companies operating in Italy in the industrial and financial sectors. In 2012, he worked at Barclays PLC in London, gaining experience in major commercial and financial transactions. Francesco is active in strengthening Legance’s relations with clients based in the UK and is involved in the development of relations with India.