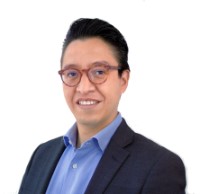 Fernando Nava Herrera is a partner and has specialised in financial law, project financing, infrastructure, real estate, administrative law and corporate law. During his professional career, he has represented the private sector (banks, funds, investors, builders, operators and developers) and the public sector (the Federation, States and Municipalities) in the structuring, execution and operation of more than 50 matters of infrastructure or project finance in various areas; for example, water, health, public safety, road, energy, government offices, transport, ports, and hotels for an estimated amount of MXN50 billion, without any of them ending up in an overdue portfolio. He worked in the incorporation of a new administrative and financial contracting scheme in the firm's legal system, called public-private partnerships (PPP), collaborated in the first constitutional and legal reform on PPP matters and has advised more than eight states in modifying their legal system to regulate PPPs. He has participated in the restructuring of local public debt (on the government side, on the banking side and also as a lawyer for securities' rating institutions) for an approximate amount of MXN25 billion.