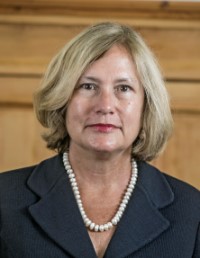 Marjorie Roberts – or “Jorie” – founded Marjorie Rawls Roberts PC in 1999 after working in both the public and private sectors. She serves as the managing partner of the firm, which focuses exclusively on business and tax legal matters, including tax controversy. Jorie holds law degrees from Harvard Law School, Cambridge University and New York University and previously worked for global law firm Gibson, Dunn & Crutcher, the US Treasury Department and the USVI Bureau of Internal Revenue, and as general counsel and vice president of Globalvest Management Company, a St Thomas-based hedge fund manager. She is admitted to practise law in the USVI, the State of California, the Third Circuit Court of Appeals, and before the US tax court. Jorie is also a solicitor in England and Wales and is licensed to practise law in the British Virgin Islands.