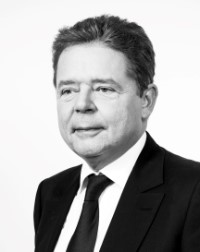 Kiril Bougartchev began his career in 1988 as an auditor at Arthur Andersen and, after admission to the French Bar, he joined Gide, where he became a partner in 1999, then moved to Linklaters LLP in 2007, where he would become co-head of the dispute resolution practice of the Paris office and lead the Linklaters LLP global white-collar crime group. Kiril has been and is still involved in many notorious white-collar crime cases, including sensitive political and financial matters, both in France and internationally. He is also involved in regulatory disputes (including before the French Financial Markets Authority, the French Anti-corruption Agency and the French Prudential Supervisory Authority) as well as in complex civil and commercial litigation. Kiril was a Secrétaire de la Conférence des Avocats of the Paris Bar.