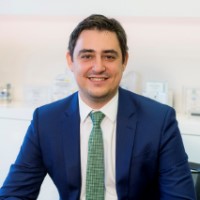 Christos Paraskevopoulos specialises in financial and banking law, and also practises corporate law. His practice includes advising on non-performing exposure transactions and securitisations, securities offerings, debt restructurings, sovereign debt and Eurobond issuances and M&A transactions. Christos holds an LLB in Hellenic Law from the University of Thessaloniki, an LLM in Civil Law from the University of Athens, an MSc in Banking and Finance from the University of Piraeus, an LLM in Transnational & European Commercial Law, Arbitration & Mediation from the International Hellenic University and an LLM in International Financial Law from King’s College London, where he researched the use of blockchain in securities markets. He is a member of the Athens Bar Association and speaks Greek, English and German.

Blockchain Law and Practice in Greece