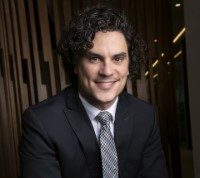 Andrés Caro joined Galicia Abogados in 2017 as an associate in the Debt Restructuring and Insolvency practice area. He has participated in debt and corporate out-of-court restructurings, as well as court-conducted bankruptcy proceedings, both in the reorganisation and liquidation stages. He has also participated in civil and commercial litigation, mergers and aquisitions transactions, financings and in anti-corruption and compliance investigations. Before joining Galicia Abogados, he did a six-month internship at the Bankruptcy Court for the Southern District of New York, prior to which he practised at Martínez Arrieta Abogados from 2010 to 2016, where he litigated in civil, commercial and constitutional proceedings.

Insolvency Trends and Developments in Mexico