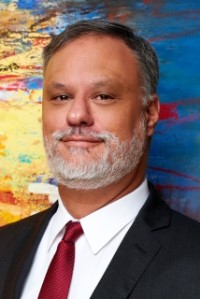 Allan Doughty serves as senior counsel in the dispute resolution team and has a strong practice which embraces tort law, including negligence and personal injury cases, contractual disputes, human rights and anti-discrimination law, constitutional law, public law and judicial review, medical law, including clinical negligence, coroners’ inquests, privacy law and professional disciplinary law. Allan has acted for the Bermuda Hospitals Board, the Human Rights Commission, numerous individuals who have laid complaints pursuant to the Human Rights Act, police officers, the Commissioner of Police and many professionals facing disciplinary charges. Prior to joining MJM, Allan practised with Trott & Duncan Limited for ten years, during which time he became recognised as a leading attorney in the areas of disciplinary law, medical law and human rights law. He later joined BeesMont Law Limited, being named as head of litigation in 2018. While with BeesMont, Allan argued some of Bermuda’s leading cases in the areas of human rights and anti-discrimination law, the right to expression as guaranteed by the Constitution and medical law, with one of his cases on clinical negligence and causation being heard by the Privy Council.

Doing Business In... Trends and Developments in Bermuda