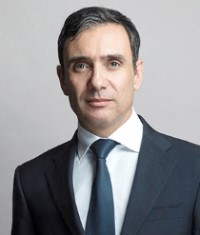 André de Sousa Vieira joined Morais Leitão in 2020 as a partner. He is co-responsible for a banking and financial team, integrating the international committee of Morais Leitão. He is a finance lawyer admitted in England & Wales, Portugal and Spain, having worked at Clifford Chance LLP in its London office between 2011 and 2020. André has dedicated special attention to the Lusophone markets, with strong connections to the main international financial markets. He is particularly recognised for advising international project finance transactions in the energy, natural resources and infrastructure sectors, having represented lenders (DFIs, ECAs and commercial banks), sponsors and governments. André jointly leads the ML team which advises clients on both cross-border inbound and outbound investments into Lusophone Africa, very often in respect of large-scale project finance deals.

Doing Business In... Law and Practice in Mozambique