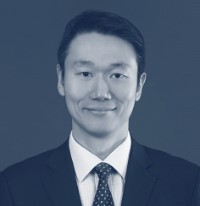 Ernest Yang is co-head for international arbitration in the Asia-Pacific region at DLA Piper. He is experienced in handling international disputes covering areas such as sale of goods, trade and commodities, joint ventures, energy and offshore projects, international investment and technology. Mr Yang is experienced in handling arbitration disputes in a variety of venues and before arbitral institutions such as the Bangladesh International Arbitration Centre, CIETAC, HKIAC, the ICC, the LCIA, the London Maritime Arbitrators Association, the SCC, the Shanghai International Arbitration Center, SIAC and the Singapore Chamber of Maritime Arbitration. Since 2011, he has started to accept appointments as arbitrator and has been appointed as arbitrator in various jurisdictions (including as a sole arbitrator) on many occasions. Ernest is on the panels of SIAC, HKIAC and CIETAC (which are three of the top five arbitral institutions in the world based on a recent global survey).