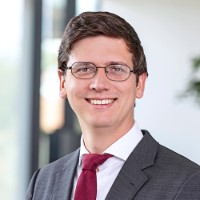 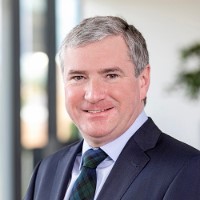 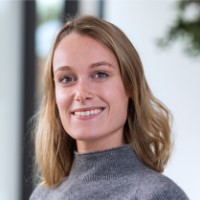 Loyens & Loeff is a full-service practice with extensive sector-specific experience, including a dedicated energy team and thorough understanding of the market. This makes the firm the logical choice for a legal and tax partner if doing business in, or from, Belgium, the Netherlands, Luxembourg and Switzerland, the firm’s home markets. Thanks to the broad range of the firm’s legal and tax experience, know-how and the size of its practices, the firm can offer clients top-level advice, domestically and internationally. On a yearly basis, the energy team advises and assists clients on renewable energy projects representing an installed capacity of over 2,000 MW – ie, the equivalent of two large-scale nuclear reactors. Long-standing clients include Sunrock, Parkwind, Aspiravi and Bionerga.

Belgium has historically covered the largest part of its electricity needs from its seven nuclear reactors at the Doel and Tihange nuclear plants.

In recent years, the share of nuclear power has, however, decreased somewhat. In 2020, 39.1% of Belgium's electricity needs were met by nuclear power, a significantly lower figure than in 2019 (48.7%), due in particular to a number of scheduled and unscheduled maintenance overhauls.

However, a gradual nuclear exit has been decided and, in the coming years, the share of nuclear power will be reduced more dramatically.

The government has decided to close at least five of the seven nuclear reactors. In June 2021, a taskforce was established by the ministers of work, energy and internal affairs to manage the decommissioning of these nuclear reactors.

For the two last (and youngest) nuclear reactors, the government’s decision is expected in November 2021, but operator Engie-Electrabel has already indicated several times that it is not counting on a lifetime extension for these reactors.

The nuclear generation capacity will gradually have to be replaced – either mostly or fully – by other means of electricity production.

Quite apart from the nuclear phase-out, the ambitions for CO₂ reduction and favourable support mechanisms have been strong drivers for investment in renewable energy projects in Belgium.

The Rise of Renewables

The share of renewables in both electricity production (MWh) and generation capacity (MW) has increased significantly over the last decade in Belgium, with 2020 being a record year for renewables.

Notwithstanding this increase, Belgium did not achieve its national renewable energy target for 2020. With 11.68% of its energy from renewable sources in its gross final consumption of energy, Belgium missed its 2020 target of 13%.

In order to make up for that shortfall, Belgium has agreed statistical transfers of renewable energy with EU member states that have exceeded their renewable energy target – a mechanism allowed under EU law.

Belgium has also announced that it will further increase its share of renewable energy. In the electricity sector, Belgium aims to cover 37.4% of its electricity consumption from renewable energy sources by 2030. According to Belgium’s National Energy and Climate Action Plan, the share of renewables will be achieved mainly through offshore wind (in the North Sea), onshore wind (in the Flemish and Walloon regions) and photovoltaic solar energy (in the Flemish, Walloon and Brussels regions).

At both a European and a national level, the pressure on Belgian politics to be more ambitious in the fields of renewable energy and CO₂ reductions is increasing. This pressure has found expression in a high-profile test case. On 17 June 2021, the Brussels Court of First Instance ruled that the Belgian state and the three regions (Flemish, Walloon and the Brussels capital region) had not taken sufficient measures to combat climate change and were jointly and individually responsible for a negligent climate policy.

The court decided that the Belgian state and regions had not acted as normally prudent and diligent authorities, violating a legal duty of care under Belgian law as well as the European Convention on Human Rights.

This judgment is in line with a new wave of climate cases throughout Europe. However, an important difference with precedents in certain other member states is that in Belgium the courts have not yet gone as far as imposing specific reduction targets. According to the court, the extent to which greenhouse gas emissions must be reduced is, given the principle of separation of powers, to be determined by the government and not by the court.

The Flemish, Walloon and Brussels regions of Belgium have set up their own support systems for onshore renewable energy projects. Whilst there are significant differences, all three apply a robust renewable energy support mechanism. A common trait is the use of tradable “renewable energy certificates” to support large and medium-sized projects.

In recent years, with renewables becoming more mainstream in Belgium, support levels (the number of certificates granted for 1 MWh) have been gradually reduced. Importantly, however, these changes in principle apply only to new installations.

For very small-scale projects, which became profitable without government support, the renewable energy certificate regimes are gradually being phased out. For small-scale residential PV installations up to 10 kW, the Flemish and Walloon regions phased out renewable energy certificates some years ago, while wind installations of up to 300 kW were excluded from the certificates schemes in the Flemish region in 2019, becoming eligible for investment aid granted through a call process instead.

In general, technological improvements and reduced technology costs have led to renewable energy projects becoming less dependent on subsidies. In June 2021, the first wind farm project to be built without subsidies of any form was announced. Wind developer Storm has announced that it is to build Belgium’s three largest onshore wind turbines without renewable energy certificates, relying solely on electricity revenues via a corporate power purchase agreement with ArcelorMittal.

For all current offshore wind projects, the support level was administratively set by the federal government.

Belgium’s federal government has announced the opening of a new wind energy zone in the North Sea, with the ambition to double Belgium’s existing offshore capacity in the next decade to reach at least 4 GW by 2030. For those future projects, a tender system will be used. The basic principles for this were inserted in the Electricity Act in 2019. One of those principles is that a successful bidder will obtain both a “domain concession” (somewhat comparable to a “seabed lease”) and the permits required to construct and operate the wind farm. This “bundled” tendering of the domain concession and permits can be expected to speed up the timeline to complete projects.

With a rising share of renewables, one of the concerns in Belgium is how to match high production peaks during sunny or windy hours with production lows during dark, windless hours. One way that Belgium is tackling this is by incentivising energy storage.

Belgium has, for example, adopted certain tax and grid tariff exemptions for energy storage. There is also a series of subsidies in place in the Flemish Region for specific types of energy storage such as so-called “home batteries”.

Other energy storage-related activities, such as the conversion of electricity into hydrogen for transport purposes, are eligible for investment support in the form of “ecology premiums”.

In general, the legal framework for energy storage has been rather limited in Belgium, but, it seems likely that this will change in the coming years. One of the sectors where further subsidies are probable is hydrogen. In October 2020, Flemish Deputy Prime Minister Crevits announced that the Flemish region would make EUR125 million available for investments in hydrogen. The Flemish government’s post-COVID-19 Relaunch Plan reiterates that ambition and states that support will be allocated to specific hydrogen projects that can be realised in the short term.

Energy storage is generally seen as only part of the solution to guarantee power supply adequacy in Belgium.

Due to the existence of baseload nuclear capacity on the one hand and the success of renewables on the other hand, gas-fired turbines have been mothballed due to the lack of price incentives to keep them operational. The current Belgian energy market does not provide sufficient price signals to trigger investment in much-needed (swing) capacity.

To ensure that sufficient flexible capacity is available when needed (eg, when there is little wind or sun), Belgium introduced a capacity remuneration mechanism (CRM) by an Act of 15 March 2021. The CRM takes the form of capacity contracts that pay the successful bidders a premium in addition to their revenues on the electricity market. From October 2021, annual capacity auctions are scheduled. The capacity should be available four years later for security of supply purposes (“N-4 auction”), and in return will receive the premium. From 2024, a second annual auction is scheduled; winners of that auction should be available one year later ("N-1 auction").

All three regions in Belgium have passed legislation on the roll-out of smart (digital) meters. These will allow for better management and development of distributed power generation, demand-side management and batteries.

The legislation on digital meters has been challenged in Belgian courts. On 17 December 2020 and 14 January 2021, the Constitutional Court annulled part of the legislation on the roll-out of digital meters in the Brussels and Flemish regions. Whilst this does not prevent digital meters being deployed in those regions, it may well slow the roll-out. As regard to the Flemish region, the Constitutional Court also annulled the rules which provided for a transitional period of up to 15 years in which “net metering” would continue to apply to small PV installation owners. Net metering is a mechanism under which customers with a small PV installation are billed on the basis of their net offtake from the grid only.

With nuclear energy being phased out gradually, Belgium has seen a strong increase in renewable energy production and the emergence of new energy storage projects. These evolutions are expected to continue. It is also expected that the demand for renewable PPAs will see a strong increase within the context of CO₂ reduction ambitions.

Besides, the currently somewhat delayed roll-out of smart meters is expected to boost efficient management of decentralised production and demand, creating opportunities for innovative solutions on both sides.

Belgium is also expected to cope with part of the nuclear phase-out through stronger interconnections and shared grid infrastructure with its neighbouring energy markets. It is expected that energy imports will also become greener every year, with one of the key recent developments being the envisaged laying of a 500 km cable between Belgium and Denmark, thereby allowing the two countries to share in each other’s wind energy.

Finally, it is expected that – once cleared by the European Commission – the capacity remuneration auction system will provide incentives to boost further investment in capacity (in particular gas-fired plants) in Belgium.

Loyens & Loeff is a full-service practice with extensive sector-specific experience, including a dedicated energy team and thorough understanding of the market. This makes the firm the logical choice for a legal and tax partner if doing business in, or from, Belgium, the Netherlands, Luxembourg and Switzerland, the firm’s home markets. Thanks to the broad range of the firm’s legal and tax experience, know-how and the size of its practices, the firm can offer clients top-level advice, domestically and internationally. On a yearly basis, the energy team advises and assists clients on renewable energy projects representing an installed capacity of over 2,000 MW – ie, the equivalent of two large-scale nuclear reactors. Long-standing clients include Sunrock, Parkwind, Aspiravi and Bionerga.