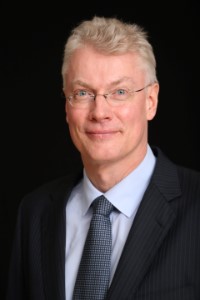 LEX Africa is Africa's largest legal alliance. It was formed in 1993 and has over 600 lawyers in 26 African countries. Each member is an independent law firm whose key specialist focus is on general corporate/commercial law, litigation/dispute resolution and regulatory matters, including antitrust/competition. Legal expertise is combined with knowledge and experience on the local business, political, regulatory, cultural and economic environment. With its 28-year track record, LEX Africa provides a pan-African legal team for both cross-border and local African legal solutions for its clients.

There have been few antitrust litigation cases since the current Competition Act came into force on 1 September 1999. The first court decision was in 2016 and involved a claim by Nationwide Airlines (in liquidation) against South African Airways (SAA) for SAA's abuse of its dominance by incentivising travel agents to prefer SAA over its competitors. Damages of SAR104 million were awarded to Nationwide. Another airline, Comair, also sued SAA and was awarded damages (including interest) totalling over SAR1 billion. The complexity of calculating antitrust damages, lengthy court proceedings and the costs of litigation in South Africa act as disincentives to plaintiffs. In practice, cases are often settled.

Significant amendments were recently made to the Competition Act. The amendments, however, focussed on strengthening the powers of the Competition Commission, expanding prohibited conduct and public interest provisions, and widening penalty provisions. The provisions of the Act relating to private enforcement and antitrust damages were not changed. From a policy perspective, the Government's focus remains on public (as opposed to private) enforcement.

2. The Basis for a Claim

2.1 Legal Basis for a Claim

The Competition Act further provides that:

The decisions of national competition authorities (NCAs) in other states are not binding on a South African civil court The Competition Act does not permit the Commission, Tribunal or Appeal Court to intervene in civil damages actions. Any such intervention would have to be done in accordance with the court's procedural rules. There has been no such intervention to date and it would only be permitted by the civil court in rare and exceptional cases.

The Commission, Tribunal and Appeal Court are not authorised to award civil damages arising from prohibited practices (although provision is made in the Competition Act for damages to be included in a consent order or settlement concluded by the Commission and approved by the Tribunal if the complainant agrees to such damages – this is rare in practice).

2.4 Burden and Standard of Proof

The plaintiff will bear the burden of proof on a balance of probabilities.

There is no restriction on who can bring claims. Anyone who suffers loss or damage due to a prohibited practice, may bring a claim. Plaintiffs will, however, have to prove the amount of their damages claims on a balance of probabilities. As set out in 2.1 Legal Basis for a Claim, a civil court is bound by a decision of the Tribunal and Appeal Court and this significantly assists the plaintiff in a civil damages claim as it only needs to prove the amount of its damages and not the other South Africa common law requirements for a damages claim, namely conduct, unlawfulness/wrongfulness, fault, causation and harm.

Litigation in South Africa can be protracted and may take years to finalise (including appeals). As set out in 2.1 Legal Basis for a Claim, a civil court may not consider a prohibited conduct issue on its merits and must refer it to the Tribunal. This will (to the extent that the issue relates to the civil court proceedings) result in the civil court proceedings being suspended until the Tribunal (or Appeal Court) decides the issue.

The South African Constitution does not distinguish between opt-out or opt-in class actions and the cases dealing with class actions have not limited class actions to opt-in or opt-out. Each case will be dealt with having regard to its specific facts and circumstances. In the case of Nkala and Others v Harmony Gold Mining Co Ltd and Others (which dealt with claims by miners suffering from silicosis), the court allowed both opt-in and opt-out procedures at various stages of the litigation.

The courts are not involved in settlements. A settlement agreement may be made an order of court by agreement between the parties.

4. Challenging a Claim at an Early Stage

In terms of the Prescription Act, civil damages claims prescribe or lapse on expiry of three years from the date on which the plaintiff has knowledge of the claim. The Competition Act provides that a person's right to claim damages arising from prohibited conduct comes into existence on the date of the Tribunal's decision or, if the Tribunal's decision is appealed, the date on which the appeal process is concluded.

The rules of the civil courts provide for discovery of documents after pleadings in the trial have closed. Each party is obliged to disclose all relevant documents on affidavit (ie, under oath or affirmation). Provision is made in the court rules for a party to apply to the court for additional or better discovery if it is not satisfied with the discovery made by the other party.

Consent orders (the South African term for settlement agreements) concluded by the Commission and a respondent must be approved by the Tribunal. Approved consent orders are published in the Government Gazette although confidential information will be "blacked out" if a confidentiality claim has been submitted and has not been challenged or set aside by the Tribunal or Appeal Court.

Witnesses of fact may be relied on depending on the facts and circumstances of the case. Witness statements are submitted and oral evidence may be given. Witnesses are subject to cross-examination and may be compelled to give evidence through a subpoena process in terms of the court's procedural rules.

In antitrust cases, expert evidence is critical to prove or disprove the amount of the loss or damage suffered by the plaintiff. The success of the case generally depends on the expert evidence. Witness statements are submitted and oral evidence is generally given. Expert witnesses are subject to cross-examination. The court's express permission to adduce expert evidence is not required. The court will generally require issues in dispute to be identified and narrowed at a pre-trial conference but joint statements by experts are not legally required and "hot tubbing" is not practised.

The plaintiff is required to prove its actual loss and damages and also has a common law duty to mitigate its loss and damages. The defendant may challenge the amount of damages claimed by the plaintiff, including by relying on the pass-on defence.

The Competition Act provides that interest on damages claims commences on the date of issue of the certificate by the Chairperson of the Competition Tribunal or Judge President of the Competition Appeal Court. The rate is determined by the Minister of Justice in terms of the Prescribed Rate of Interest Act and is currently 7% per year.

There have been no antitrust litigation cases involving cartels or more than one defendant. The plaintiff is not required to sue all the parties to the prohibited conduct on a joint and several basis and the apportionment of damages between more than one defendant adds complexity to the claim and provides a potential defence to individual defendants. Leniency or immunity applicants receive no favourable treatment in civil damages claims.

Where damages are suffered as a result of the acts or omissions of multiple parties and one party pays the plaintiff, it may claim a contribution from the other parties.

The Competition Act allows a complainant to apply to the Competition Tribunal for injunctive or interim relief in respect of any alleged prohibited practice. The Tribunal may grant the interim order if it believes it is reasonable and just to do so having regard to the evidence, the need to prevent serious and irreparable damage to the applicant and the balance of convenience. Interim relief applications are, in practice, generally heard quickly (within three months). The Act obliges the Tribunal to give the respondent a reasonable opportunity to be heard having regard to the urgency of the proceedings.

If interim relief is granted but the hearing in the matter is not concluded within six months, the Tribunal may extend the interim order for a maximum period of six months. The Tribunal's decision may be appealed to the Competition Appeal Court.

There are no requirements for applicants in interim relief proceedings to provide any undertakings (including a cross-undertaking in damages) if the substantive case is unsuccessful. The Competition Act contemplates that respondents will be prosecuted by the Commission but a complainant may initiate private proceedings before the Tribunal if the Commission decides not to prosecute or refer the matter. If a complainant is unsuccessful in private prosecution or referral proceedings, the Tribunal could grant a costs order against it. The respondent could (depending on the facts and circumstances) have a damages claim against a complainant which lodges vexatious or unsubstantiated complaints to the Commission.

Third-party funding of claims is not regulated by statute but has been permitted by the courts (the previous common law position was that litigation funding or champertous agreements were contrary to public policy and void unless in good faith to assist a poor litigant). Third-party funders have been joined as co-litigants in the court proceedings and may be held liable for legal costs orders if they control the litigation.

The court rules allowing a defendant to request a plaintiff to furnish security for costs, were initially limited to a foreign (non-resident) plaintiff who did not own any immovable property in South Africa. Security for costs may now also be required from a local plaintiff if the action is vexatious, reckless or amounts to an abuse of process. The nature of the security will depend on the facts and circumstances of each case but may include bank guarantees.

Civil court judgments may be appealed ultimately to the Supreme Court of Appeal which has final appellate jurisdiction over all non-constitutional matters. Leave to appeal must be granted by the initial court or by petition to the higher court. Appeals are not limited to points of law and the appeal court may overturn the decisions of the lower courts.

LEX Africa is Africa's largest legal alliance. It was formed in 1993 and has over 600 lawyers in 26 African countries. Each member is an independent law firm whose key specialist focus is on general corporate/commercial law, litigation/dispute resolution and regulatory matters, including antitrust/competition. Legal expertise is combined with knowledge and experience on the local business, political, regulatory, cultural and economic environment. With its 28-year track record, LEX Africa provides a pan-African legal team for both cross-border and local African legal solutions for its clients.