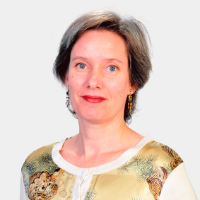 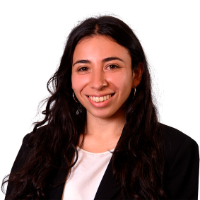 Marval O'Farrell Mairal is the largest law firm in Argentina and is a market leader at both local and Latin American levels. Founded in 1923, Marval O'Farrell Mairal has been providing high-quality advice to international and local clients for almost 100 years. The firm comprises over 300 lawyers and has extensive experience in international business issues and the complexities of cross-border transactions. The firm advises on international trade law; commercial agreements (including distribution and supply agreements),;sale, purchase and leasing agreements; antitrust and unfair competition issues; and product liability and consumer-related matters.

The purpose of this article is to analyse the CCU/Quilmes case (Compañía Industrial Cervecera S.A. y Compañía Cervecerías Unidas de Argentina S.A. contra Anheuser Busch Inbev N.V./S.A. y Cervecería y Maltería Quilmes S.A.I.C.A.A. y G. S/Infracción Ley 25.156 (C 1589), which has established unprecedented caselaw in antitrust in Argentina, this being the first time an abuse of dominant position exercised through exclusivity agreements and conditional discounts was sanctioned. In this leading case, the active participation of the complainant during the investigation was fundamental to proving the abuse and its subsequent sanction. In addition, it is important to highlight that the objective of the investigation was maintained despite the change in the composition of the Antitrust Commission’s authorities after 2019. Consequently, the investigation maintained its focus, demonstrating objectivity and uniformity in the criteria applied.

On 14 March 2016, firms Compañía Industrial Cervecera S.A. (CICSA3) and Compañía Cervecerías Unidas Argentina S.A. (CCU4) filed a complaint against Cervecería y Maltería Quilmes S.A.I.C.A., y G. (CMQ5) and Anheuser Busch Inbev N.V./S.A. (ABI6) before the National Commission of Competition Defence (CNDC) for an alleged violation of Antitrust Law No 25,156. In their submissions, they accused CMQ of an exclusionary abuse of dominant position in the Argentine beer market, executed through exclusivity agreements, advertising and discounts or rewards offered to points of sale (POS) on the condition that only their products were offered to consumers. The complainants also indicated that the scheme was active throughout the whole country, especially in the largest gastronomic centres.

The alleged anti-competitive conduct was developed through two channels: (i) on premise and (ii) off premise. The on-premise channel is where beer is consumed at the establishment where it was purchased, such as bars, restaurants, clubs, etc. The off-premise channel is a sales channel that includes hypermarkets, wholesale warehouses and retail supermarkets, mini-markets, self-service stores, traditional retailers (grocery stores) and kiosks, ie, retailers where the product is purchased to be consumed off-site.

The complaint focused on the following conduct in particular.

In relation to this last point, it is important to note that given consumers' preference for cold beer, both refrigerators and/or refrigeration equipment are used as marketing strategies to achieve preference and that is why the complaint focused on CMQ’s behaviour in this regard. As a result, the conduct attributed to CMQ would make it impossible for competitors to freely advertise and market their products, thus limiting consumers’ freedom of choice.

Furthermore, the company Otro Mundo filed a similar complaint following the initiative of CCU and CICSA, which demonstrated the general dissatisfaction among competitors in the market regarding CMQ’s conduct.

On 5 February 2019, that is, three years after the filing of the complaint, the CNDC issued a document containing the charges DISFC-2019-4-APN-CNDC#MPYT and its Annex IF-2019-07071050-APN-CNDC#MPYT (the “Indictment”), whereby the CNDC concluded as follows.

In particular in the on-premise channel, CMQ was charged with implementing loyalty schemes in the form of exclusivity agreements, using the following methods: CMQ delivered furniture, coolers and refrigerators on loan, provided discounts and free merchandise to the POS within this channel, and in return demanded the exclusive sale of its products. As none of its competitors could replicate the same conditions on that scale or in an equally efficient manner, the CNDC considered this to be a vertical restriction exercised by CMQ whose effect has been to preserve its dominant position by hindering the growth of competition, throughout the national territory, since at least 2012 and until the date of the indictment.

In addition, the CNDC considered that the anti-competitive potential of the loyalty scheme was concluded with the provision by CMQ of bonus products that included both beers and soft drinks (mineral water of various brands and soft drinks produced and marketed under license of PepsiCo and Seven Up, as well as Eco de los Andes and Aguas Nestlé).

As for the off-premises channel, the CNDC charged CMQ with developing loyalty policies that hindered the access and/or significant growth of competitors that are looking to challenge the market, through discounts and product bonuses, which cannot be replicated by an equally efficient competitor. These benefits were granted in order to limit or eliminate available shelf space or restrict the placement of refrigerators for competing products. Furthermore, it was also noted that the CMQ awarded prizes to the POS based on the fulfilment of certain advertising goals, the restriction of competing products on display and the existence of loyalty programmes which did not allow CCU products to enter the POS.

One of the distinguishing features in this case was the scope of the evidence produced. The complainant produced all kinds of evidence from the very beginning, thus avoiding the traditionally passive behaviour usually demonstrated by plaintiffs in antitrust investigations.

In particular, CCU and CICSA submitted evidence on market shares (proving CMQ’s dominant position), reports on exclusivity in beer sales in the on-premise channel, market studies, and so on.

The CNDC also produced 18 testimonial hearings and visited 63 POS in the off-premise channel (self-service stores, supermarkets and warehouses), all of which made it possible to prove CMQ’s anti-competitive conduct.

Conversely, the limited evidence produced by CMQ failed to undermine the charges against it. In this regard, the evidence did not demonstrate that the agreements and benefits granted by CMQ to the POS had the purpose or effect of generating a benefit for consumers. Instead, the defendant demonstrated an obstructive and dilatory conduct throughout the process, which was not intended to refute the anti-competitive nature of its behaviour but rather to contradict anything the complainant argued, thus weakening its defence.

The CNDC considered that according to the evidence produced, CMQ exerted an abuse of dominant position, which involved a series of loyalty strategies aimed at establishing exclusive retail spaces, generating a vertical market closure for current and potential competitors.

Based on the copious and consistent evidence in the file, the CNDC recommended that the Secretariat of Domestic Trade (SCI) impose a sanction on CMQ, calling for the application of corrective measures to stop the anti-competitive behaviour.

On 24 August 2021, the SCI issued a fine of ARS150 million (the maximum amount allowed by Antitrust Law No 25,156 in force at the time the investigation was initiated) and imposed the following corrective measures.

Without prejudice to the corrective measures – which will be analysed in the following section –, it is important to note the broadening of the concept of exclusionary abuse of dominant position by the CNDC: this conduct will not only be considered to occur when there is an effective exclusion of a competitor from the market but also when “those conducts eliminate or substantially weaken competition by existing competitors or erect or reinforce barriers to the entry of new competitors, eliminating or weakening potential competition.”

In other words, not only should the elimination of competitors be considered as an exclusionary form of abuse, but also the weakening of existing competitors, who see their possibilities of growth in the relevant market limited or conditioned by this abuse of dominant position.

Another distinctive feature of this sanction was the reference made by the CNDC to foreign jurisprudence. This demonstrates the global nature of certain markets that tend to generate a sort of snowball effect in different jurisdictions around the world when facing similar anti-competitive conducts.

In this regard, the CNDC has argued that, in recent years, different competition authorities have carried out investigations for exclusionary abuse of dominant position by large industrial brewers. Therefore, these investigations were not only influential in determining the existence of these conducts in the Argentine market, but also in the definition of concepts such as the “relevant market”.

The similarity in the foreign cases was remarkable, since the sanctioned companies all belonged to the same economic group as CMQ. As such, they were investigated for the same anti-competitive practices. The investigations showed that large industrial brewers have a clear inclination towards the implementation of agreements (through formal contracts or informal agreements) and the provision of benefits and incentives aiming to obtain exclusivity for the sale of their beers, thus, causing a vertical closure of the beer market.

The comparative case law cited in the CNDC's Decision included:

In addition, the CNDC considered there to be a uniform consensus among antitrust agencies on the effects of these practices. Indeed, all antitrust authorities in those cases found that, when a company holds a dominant position in a market, the implementation of exclusionary practices may imply obstruction to access the market or making competitors intentions to remain or expand in it difficult. Therefore, competition problems in mature and global markets are recurrent and their effects similar, regardless of the region.

Analysis of the Corrective Measures Imposed

The corrective measures are especially relevant in this precedent-setting case, given that the CNDC chose direct intervention to guarantee the cessation of the anti-competitive conducts practiced by CMQ. Even though such remedies (behavioural and/or structural) have been imposed in mergers, there are not as many examples where corrective measures of a behavioural nature are imposed as a result of an antitrust investigation in Argentina.

Nonetheless, it should be noted that the Decision itself does not clearly establish how the CNDC plans to ensure the effective enforcement of these measures. In fact, in mergers where remedies were imposed, various instruments are provided to ensure compliance, such as auditors’ reports and the appointment of a monitoring agent.

In light of the above, it can be concluded that the analysed case sets a trend in terms of unilateral anti-competitive conducts investigated by the CNDC. Above all, the use of behavioural corrective measures imposed on the sanctioned company to stop and revert the anti-competitive effects produced by CMQ’s practices within the relevant market should be highlighted.

However, the measures only show part of what is in fact a much larger process, since it remains to be seen how compliance will be achieved.

Lastly, as the Decision is currently under appeal, this analysis may be subject to change depending on the court's final ruling.

Marval O'Farrell Mairal is the largest law firm in Argentina and is a market leader at both local and Latin American levels. Founded in 1923, Marval O'Farrell Mairal has been providing high-quality advice to international and local clients for almost 100 years. The firm comprises over 300 lawyers and has extensive experience in international business issues and the complexities of cross-border transactions. The firm advises on international trade law; commercial agreements (including distribution and supply agreements),;sale, purchase and leasing agreements; antitrust and unfair competition issues; and product liability and consumer-related matters.