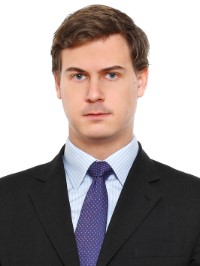 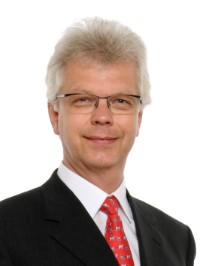 Schoenherr has a strong focus on construction law in the field of developments as well as infrastructure projects in Austria and CEE/SEE. Recently, the firm advised national entities in relation to the preparation and negotiation of the agreements for the design and construction of power plants and on road construction for motorways, as well as the redevelopment of urban development areas in Vienna (eg, the former north railway station area). A further highlight has been advising an airport operator on the planning and construction of an additional runway. The group also advises on a diverse range of project developments. For example, it advises various retailers and manufacturers on the construction of outlets and distribution centres in Austria and CEE/SEE.

The COVID-19 pandemic, which has been ongoing for more than two years, and the new war in Ukraine in 2022 have fundamentally changed the construction industry in Austria.

Particularly in the case of construction projects that regularly run over several years, planning security has been one of the most important criteria up to now. For many years, therefore, construction contracts with fixed prices for the entire construction period, and often even lump-sum prices, have been the norm. Contractors have calculated the risk of changes into their prices and thus ultimately assumed the risk vis-à-vis the owner alone that they were wrong in forecasting price developments, but also had the chance that safety cushions would not be needed. (However, they have passed on this risk to their subcontractors, among whom competition has been ruinous in some cases.)

However, this reasoning was only viable at the beginning of the pandemic. COVID-19 and its associated restrictive measures have now been known for more than two years. At no time was the continuation of construction work in Austria prohibited. For construction contracts concluded after the outbreak of the pandemic, the necessary element for being able to successfully claim a force majeure event, the unforeseeability of the respective event is therefore missing, thus the COVID-19 pandemic does not qualify as a force majeure event any longer.

Furthermore, the past practice of many general contractors of often awarding subcontracts only one year after receiving the general contractor's order is now taking its toll – in this case, changes may well occur in the meantime, which may even actually qualify as force majeure. However, if the construction company could have awarded the contract to the subcontractor earlier and if a diligent construction company also would and should have done so, the fact that it has now become more difficult to find subcontractors for the respective works with sufficient capacity, and at prices that are acceptable to the general contractor, cannot be argued as having been unavoidable and hence cannot be held against the employer as an argument for having to pay for increased construction costs.

Even the war in Ukraine – as terrible as it is – is not per se an event of force majeure for Austria. There have always been wars in the world, also in regions that are important for the supply of raw materials to the global economy, without constituting a force majeure event in – eg, Austria (or indeed the whole of Central Europe) not being directly affected by this/the respective war.

If a low single-digit percentage of the world production of steel in Ukrainian fails or may not be imported from Russia due to the sanctions, there is still more than 90% of the steel available on the world market and it is still possible to meet the demand – albeit possibly at higher prices. Also, the fact that construction companies have (also) employed workers from Ukraine who now cannot leave for the time being was the free decision of the contractor and does not change the fact that workers are available in other (EU) countries.

An increase in the price of raw materials is also not per se and in itself a reason to invoke force majeure. A building contractor will likely only succeed with this line of argument if the prices have increased in such a way that the fulfilment of the order would endanger the existence of the building contractor and if such rise was unforeseeable for the contractor.

Due to the high volatility on the commodity markets, construction companies are currently no longer willing to conclude fixed-price agreements. This results in the risks of price increases as well as the opportunity of falling prices being shared between the employer and the construction company on the other.

In addition, fixed prices are also increasingly being split into the individual cost types on which the calculation of the unit price or lump sum price is based. Fixed prices continue to be agreed for components that can still be calculated in principle, such as wages and central overheads (even if it has also become more difficult to anticipate future wage increases here due to the extreme rise in inflation in 2022). In contrast, for materials, where prices have been very volatile in the past, only price escalators will be agreed. This allows price changes for the items being the most difficult to estimate to be passed on to the employer, who also has the chance that the market, which is currently overheated for some materials, will calm down again.

This is the first time that a long-discussed model of cooperation in partnership has been implemented in Austrian contractual practice. Here, on the one hand, the construction companies have given up their reluctance to disclose their calculations – at least as far as subcontractors are concerned – and to share advantages and disadvantages in this area of subcontracting with the employer. In contrast, the employers – probably due to market conditions – are also willing to assume a risk of price development. This model could also be a solution for the future after the current crises have ended, because there is an incentive for both parties to reduce costs.

The Austrian states promote the construction of residential buildings with the aim of apartments being available at a capped rent for certain socio-economic groups of the population that do not exceed a defined income limit. However, according to the respective laws on these subsidies, only a maximum amount specified in the individual subsidy regulations may be spent on the property and construction costs when the building is constructed. As a result of the sharp increase in construction costs, it is no longer possible for many non-profit housing associations to comply with this maximum amount, leading to them/their projects no longer qualifying for subsidies. In addition, when variable prices are agreed, there is the uncertainty that during the construction project the respective maximum amount will be exceeded due to the price changes and thus the subsidy can no longer be achieved for a project that is already under construction – a worst-case scenario for a non-profit housing association. Many of these non-profit housing associations have therefore decided not to embark on any further projects at present.

Vienna was the first federal state to react to this and announced to increase the respective thresholds accordingly. It is to be hoped that the other federal states will follow suit. With regard to subsidised housing, it is particularly important that calm returns to the market, because the cooperatives need planning security and can only assume the risk of changing prices to the extent that it is ensured that the costs do not exceed the respective subsidy guidelines. In order to end the current standstill in the construction of subsidised housing it is, however, not sufficient to simply increase the limits. These limits should be changed in such a way that they must be complied as per conclusion of general contractor contracts/construction agreements but also change according to agreed price escalation clauses (and are thus not "breached" in case of price increases) or the volatility in commodity prices calms down again to such an extent that construction companies are once again prepared to conclude contracts at fixed prices.

Although this problem primarily arises with non-profit housing associations, other investors also face similar issues if they are no longer able to provide the financing banks with clear cost-estimates for the construction of the building and completion of financed projects. The bank will then likely only finance the basic costs. The owners thus have to use higher equity to cover increases in construction prices.

The requirements for the careful use of natural resources are implemented on a large scale, especially in buildings. Existing buildings as well as new buildings to be constructed must be as resource-efficient as possible over their entire life cycle. This is required on the one hand by legal regulations coming from the EU, but also increasingly by potential tenants. Accordingly, buildings begin to lose value simply because they are not energy-efficient. Owners are therefore prepared to accept additional costs with respect to refurbishing existing buildings and the construction of new buildings in order to attract or retain tenants, who are becoming increasingly sensitive in this area (even if this is not yet reflected in higher rents at present, but only in easier lettability and thus better occupancy).

The turbulent times for the construction industry caused by the pandemic and the war in Ukraine not only affect the industry negatively but may also lead to chances for construction companies and employers to work together more closely and in a more trusting manner in the future. The mutual understanding of the requirements of the other side and the accompanying willingness to jointly bear risks coming from the outside, but also to jointly exploit opportunities coming from the outside, could bring about a turnaround in the concepts of construction contracts commonly used in Austria.

Schoenherr has a strong focus on construction law in the field of developments as well as infrastructure projects in Austria and CEE/SEE. Recently, the firm advised national entities in relation to the preparation and negotiation of the agreements for the design and construction of power plants and on road construction for motorways, as well as the redevelopment of urban development areas in Vienna (eg, the former north railway station area). A further highlight has been advising an airport operator on the planning and construction of an additional runway. The group also advises on a diverse range of project developments. For example, it advises various retailers and manufacturers on the construction of outlets and distribution centres in Austria and CEE/SEE.