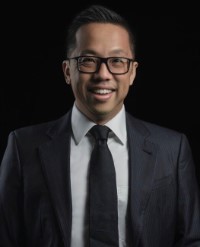 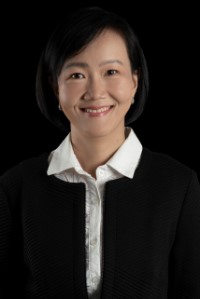 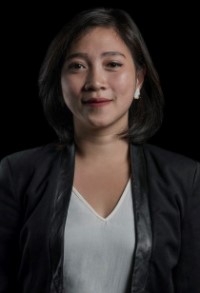 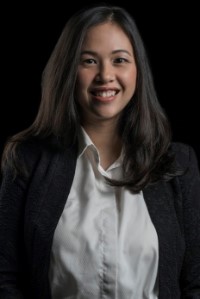 Indonesia – Tackling Yet Another Challenging Year

Indonesia’s economy continued to experience contraction in the first quarter of 2021 due to the COVID-19 outbreak, but the country’s GDP growth has started to see some early signs of recovery, particularly in comparison with that reported for the previous quarters in 2020. Two main factors contributing to the initial phase of recovery are (i) the roll-out of the COVID-19 vaccination programme, and (ii) the enactment by the government of a series of regulations and policies as part of regulatory reforms. The purpose of the reforms is to relax certain requirements and to improve the ease of doing business, increasing foreign direct investment (FDI) opportunities in Indonesia and supporting economic growth – all of which are believed to have brought positive effects to the market.

In Indonesia, early January 2021 was marked by the roll-out of an ambitious mass COVID-19 vaccination programme to vaccinate 181.5 million people or two thirds of Indonesia's total population. The vaccinations were planned to be completed within 15 months so as to achieve herd immunity by the end of the programme. In an effort to speed up the recovery of Indonesia’s economy, the government also authorised a private vaccination scheme to run in parallel with the state-run vaccination programme. By mid-May 2021 the news reported that more than 20,000 companies had signed up for the scheme. Later reports found that following the announcement of the cost of the vaccine some companies decided to withdraw from the scheme, considering the price too high. Thus far, the government is still reluctant to impose a total lockdown on a national scale and has instead implemented certain restrictions on targeted areas where the number of COVID-19 cases is considered high.

While the short-term focus of government spending remains on healthcare and relief measures to support households and businesses, in the medium and long term, the focus of the government is on infrastructure development. To help finance this, the government has created the Indonesia Investment Authority (INA), Indonesia’s first sovereign wealth fund which is tasked with attracting funds from the private sector and, together with the government’s funds, provide financing for various infrastructure projects, such as toll roads.

INA has successfully attracted key investors, including the US International Development Finance Corporation (DFC), the Japan Bank for International Cooperation (JBIC), and the United Arab Emirates. Having only been established recently, INA has a long way to go to demonstrate its performance, particularly to its investors.

Following the enactment of the Omnibus Law late last year, a number of implementing regulations were issued to help support the government’s efforts to improve the business climate in Indonesia, increase inbound investments and create more jobs for Indonesians.

One of the key areas of the regulatory reforms is the amendment to the investment list. With the 2021 investment list, the government decided to fully open a significant number of sectors to FDIs and relax the maximum limit of foreign ownership of these sectors. Nonetheless, sectors such as casinos and gambling remained prohibited for both domestic and foreign investments.

Another key area touched by regulatory reform is labour law. While Indonesia’s regulatory regime has for years been regarded as a "pro-labour" regime, it appears the intention of the recent reforms on manpower regulations is to help support companies by, among other things, providing flexibility in relation to outsourcing arrangements and fixed-term contract employees – two areas that were previously subject to stricter rules. The new reforms also offer useful clarification with respect to a change of shareholders in a company and at which point this event triggers a mandatory compensation payment obligation to employees.

This year, the government decided to boost economic growth by providing the following support.

It decided to continue to provide an electricity subsidy for certain categories of customers.

Initially, the government offered a tax-incentive scheme for certain types of cars with engine power below 1,500cc. Later, the government decided to expand the tax incentive on car sales to include more types of vehicles with engine power up to 2,500cc, as part of its efforts to support Indonesia’s automotive industry and boost economic recovery. As a result, according to a report by the Association of Indonesian Automotive Manufacturers (Gaikindo), car sales in the country have witnessed a surge.

The government also offered tax incentives for the acquisition of certain types of new landed houses and new apartments. These tax incentives are intended to help support the property market which has been hit hard following the impact of the COVID-19 outbreak.

In its press release on investments in Indonesia for the first quarter of 2021, the Investment Co-ordinating Board (known by its Indonesian abbreviation, “BKPM”) reported that investment realisation reached IDR219.7 trillion, which is a 2.4% increase compared to the previous quarter (October to December 2020). Of this investment realisation amount, 50.8% or IDR111.7 trillion is reported as FDI realisation, which means this increased by 14% from IDR98 trillion in the previous quarter.

From the perspective of an investment destination, West Java, Jakarta, Central Sulawesi, Riau and Southeast Sulawesi appear to be the top regions targeted by FDI. Meanwhile, infrastructure and energy, the metal industry, the automotive, food and beverages industries, logistics, warehousing, and telecommunications, are among the sectors where significant FDI is recorded.

This year was marked by the formation of GoTo Group, a company specialising in e-commerce, on-demand services and financial services, by Gojek and Tokopedia, two leading tech companies in Indonesia. According to a press release published by the group in May this year, the combined group has a gross transaction value of over USD22 billion, with more than 1.8 billion transactions in 2020. The deal was backed by major investors, such as Alibaba Group, Facebook, Google, Northstar, Paypal, Softbank, and Temasek. It is said to be the largest-ever business combination in Indonesia and the largest between two Asia-based internet media and services companies to date. GoTo Group reportedly plans to do an initial public offering (IPO) later this year.

Meanwhile, as at the end of May 2021, the Indonesia Stock Exchange recorded 16 IPOs, representing over 50% of the total of 30 IPOs it expected to take place this year. The first listing this year was by PT FAP Agri Tbk, a company engaged in oil palm plantations and processing plants, which managed to raise IDR1 trillion (nearly USD72 million). By comparison, the largest IPO fund raised during 2020 was by PT Metro Healthcare Indonesia Tbk in the amount of IDR1.1 trillion (around USD 78.5 million). Some commentators therefore believe that the IPO of PT FAP Agri Tbk has shown initial signs of market rebound.

Several state-owned companies were reportedly preparing for an IPO, although details surrounding the IPO plan, including whether it would take place this year or the following year, remain unclear. Some SOEs, such as PT Indonesia Healthcare Corporation (Persero) and PT Bio Farma (Persero) from the pharmaceutical and healthcare-related sector, as well as PT Indonesia Asahan Aluminium (Persero), a holding company of PT Bukit Asam Tbk (PTBA), PT Timah Tbk (TINS), and PT Antam Tbk (ANTM), from the mining sector – are considered strong candidates for an IPO. Meanwhile, PT EDC and Payment Gateway (Persero), as well as PT Dayamitra Telekomunikasi (Mitratel) and PT Telkom Data Center, are among the candidates considered for an IPO in the financial services sector and telecommunications sector, respectively.

Energy consumption in Indonesia has been largely dominated by non-renewable energy sources, primarily coal, oil, and gas, accounting for 37.28%, 35.03%, and 18.51% respectively. The government plans to reduce the national greenhouse gas emissions and has set a specific target under the National Electricity Master Plan of at least 23% renewable energy consumption by 2025 and 31% by 2050. In late May 2021, the director general of the Indonesia Energy and Mineral Resources Ministry told a parliamentary hearing that Indonesia will no longer approve any new coal-fired power plants in an effort to reduce carbon emissions.

To support the conversion to green energy, the country also plans to offer renewable energy incentives, impose carbon taxes, and develop a carbon trading system, although details of such plans are yet to be announced.

Currently, the government is reportedly planning to issue a new regulation on the renewable energy-based power purchase price in 2021 by replacing the current power purchase price, the calculation of which is based on a less attractive generation cost for renewable energy. The new price is expected to be more bankable and attractive to investors. In addition, the draft presidential regulation also offers fiscal incentives in the form of an income tax holiday, an income tax allowance, value-added tax exemption, import duty exemption on renewable energy, as well as property tax reduction for geothermal energy.

Meanwhile, Indonesia state-owned electricity company, PLN, was reported to be replacing coal and gasified coal power plants in stages, starting with the closure of three coal-fired power plants by 2030 with a combined capacity of 1.1 gigawatts. PLN’s ambition is to achieve carbon neutrality by 2060.

One of Indonesia’s well-known retail groups, PT Hero Supermarket, plans to close all its supermarket outlets that go by the brand name “Giant” in the second half of 2021. The company is reported to have suffered losses of over IDR1 billion in the first quarter of 2021 and has decided to re-strategise its businesses. Government policies to restrict movements and shop operating hours have driven people to shift to shopping online, and this is seen as a contributing factor in the drop in the group’s revenue. Other retail groups, such as Centro Department Stores and PT Matahari Department Store Tbk, are also reported to have closed some of their outlets due to financial difficulties.

In April 2021, Bank QNB Indonesia filed a bankruptcy petition against PT Sri Rejeki Isman Tbk (Sritex), a well-established local textile company. Prior to that, Sritex reportedly terminated the jobs of thousands of its employees due to financial difficulties. Another textile company, PT Pan Brothers Tbk also faced a bankruptcy petition filed by its creditor, Maybank Indonesia.

Acceleration of digital transformation, and urgency of data protection

In late May 2021, Telkomsel launched its Telkomsel 5G service which made it the first cellular operator to offer 5G in Indonesia.

The COVID-19 outbreak has led to a surge in e-commerce and accelerated digital transformation in many countries, and Indonesia is no exception. In a report by East Venture in the East Ventures Digital Competitiveness Index 2021, the pandemic helped accelerate the adoption of digital services in Indonesia. An education technology platform, Ruangguru, was reported to have over 20 million students. Meanwhile, over two million new merchants were reported to have joined the Tokopedia marketplace platform in a period of 12 months or so, a significant increase compared to the number in the previous periods.

Notwithstanding the positive developments in this space, the risk of cybersecurity and data privacy breaches in Indonesia has also increased. One recent incident in 2021 involved the alleged unauthorised access to and disclosure of personal data of Indonesians kept by the country’s Healthcare and Social Security Administrator. This incident is good motivation for the Indonesian government and the house of parliament to finalise their discussions on the draft integrated personal data protection law (“PDP Bill”). It was reported that the lawmakers are pushing to pass the PDP Bill within this year. Some notable updates found in the PDP Bill are as follows:

The passing of the PDP Bill will demonstrate the strong commitment of the Indonesian government to respond to increasing data protection issues and the need for legal certainty for personal data protection.

Notwithstanding all the challenges it faces, Indonesia remains confident that it is in a better position than it was in 2020. The government is convinced that the economic growth target can be achieved by continuing to push for structural reforms, with a focus on developing human resources and infrastructure, and efforts to improve the ease of doing business.