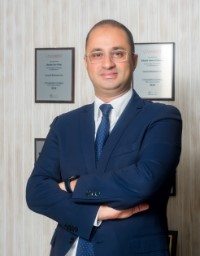 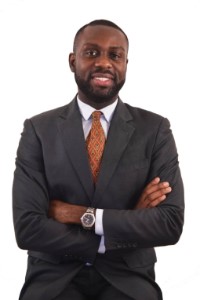 Houda Law Firm is a multi-sectoral and multidisciplinary law firm based in Senegal and Côte d'Ivoire. The firm has a total staff of 53 people, composed of a team of lawyers, jurists and paralegals. Houda's team works in French and English, to ensure the satisfaction of local and international clients. It provides legal advice and assistance to a diverse clientele and on different practice areas, including business law, insurance law, banking and finance, public and private international law, contract law, mining, oil and gas, renewable energy law and tax. The firm has developed a proven expertise in PPPs, covering all aspects of the subject, such as transport (road and airport), sanitation and health.

Since the promulgation of Law No 2004-13 of 1 March 2004, relating to construction contracts, operation and transfer of infrastructures, modified by Laws 2009-21 of 4 May 2009 and 2011-11 of 28 April 2011, then repealed by Law 2014-09 of 20 February 2014 relating to partnership contracts, as amended, public-private partnerships (PPPs) have acquired an important place in Senegal in terms of the construction, maintenance, operation or management of equipment or goods necessary for the development and operation of the public service and for the service of the general interest. This form of partnership has led to the completion of several recent projects, including the Ila-Touba toll motorway, the Cité Ministérielle and the Dakar Port Authority concession.

Today, Senegal is counting on the active participation of national and/or international private investors to implement its recovery plan through the Priority Action Plan. Therefore, to better attract private investment, the government of Senegal has undertaken sectoral legal reforms through the reform of the electricity sector – the baptismal font of which was laid during the ministerial council held on 26 May 2021 in Dakar with the adoption of the draft law on the electricity code, as well as the draft law reforming the current regulator of the sector, the Electricity Sector Regulatory Commission.

Faced with the objective of mobilising private sector financing, particularly through PPPs, combined with the complexity of preparing and developing PPP projects and the need to optimise financing schemes, Senegal adopted the new Law No 2021-01 of 22 February 2021 on public-private partnership contracts (the PPP Law).

While the new PPP Law excludes certain sectors of activity such as energy, mining and electronic communications, defence, national security, etc – which are subject to specific regulations – it does apply to sectors as diverse and varied as transport, agriculture, education, health, drinking water supply, sanitation and public health.

Contrary to the Ivorian PPP regulation, the Senegalese legislator has retained two types of PPPs. Firstly, PPPs with payment by the users in which the remuneration of the holder, in return for the missions entrusted to him or her, consists either in the right to exploit the work/service which is the subject of the contract, or in this right accompanied by a price. A substantial part of the operating risk is transferred to the contractor. In addition, he or she assumes the operating risk when, under normal operating conditions, he or she is not assured of amortising the investments or costs he or she has borne, linked to the operation of the work or service.

Secondly, there are PPPs with public payment, in which the remuneration of the holder is subject to the payment of a rent by the contracting authority according to the performance objectives assigned to the holder, linked in particular to the availability of the work, the services, the equipment or the intangible assets.

In the context of the award of a PPP contract under Senegalese law, the private investor will now be able to award its PPP either:

The private investor also has the possibility under this new law to preserve its interests, notably by negotiating other clauses relating to the legal and financial limitation of liability, the waiver of the immunity from execution from which public persons may benefit and even the legal, fiscal and customs stabilisation of the conditions for carrying out its activities in Senegal. This stabilisation clause, born of contractual practice, allows the private operator to be protected against any legislative and/or regulatory change that could have an unfavourable impact on its investment. Finally, the private operator may contractually choose the settlement of disputes arising from the execution of the contract by arbitration, which it considers to be effective in accordance with the principle of contractual freedom in force in Senegal.

The possibility for the private investor's lenders to request guarantees or securities has been reaffirmed in the new PPP law. Therefore, in its search for financing to meet the expenses related to its activity, the investor may, with the authorisation of the contracting authority, grant securities to financing bodies (commercial banks, financial backers, investment funds, etc) on the assets acquired or realised within the framework of the execution of the PPP contract, by pledging the proceeds and receivables arising from the contract or by constituting any other appropriate security, without prejudice to any legislative provision prohibiting the constitution of a security on public property or property forming part of the public domain.

Private investors, in their quest for development or co-development, will also have the possibility under this new law to make a private initiative offer to a contracting authority for the implementation of a public-private partnership project. It would be advisable for the offer to relate to a project that is on the authority's updated list of priority projects likely to be the subject of a PPP offer and published in electronic form or any other relevant medium accessible to the general public. The decree implementing the new law, which is still awaited, will certainly set out the legal regime for the private initiative offer.

Even if the PPP contract will remain subject to the laws and regulations in force in Senegal and subject to the tax and customs regime of common law in Senegal, this contract will be able to benefit from any advantages granted by the law, or any other investment incentive regime favourable to the private investor.

The COVID-19 pandemic that has affected and continue to affect PPPs – for example, in the following ways:

The ability of the parties to finalise a PPP project despite the health crisis depends, in our view, not only on the legal mechanisms available to them to deal with the unforeseen consequences, but also on the exceptional measures to support PPP projects that may be taken by governments, lenders or the investors themselves.

In view of all the above, the reform of the PPP regulation in Senegal will certainly allow for the negotiation of PPP contracts, through a balancing exercise between the interests of the state, those of the national or foreign private operators and those of the citizens. This law, once its application decree is published, will constitute not only a full development solution, but also encourage a better participation of private investors in the development of projects in Senegal.

In summary, it would be important for both the public authorities and the Senegalese legislator to perfect this PPP regulation, through the revision of the current code of obligations of the Administration, which was last modified in June 2006, the code of public contracts and some of its application decrees. In particular such regulation should take into account not only the idea that concessions, affermage and régie intéressée, are user-pay PPP contracts governed by the new PPP, but also materialise the new roles and responsibilities of the Comité de Règlement des Différends of the Autorité de Régulation des Marchés Publics in the framework of the appeal of PPP contracts and the settlement of disputes arising from the execution of this type of contract.

Houda Law Firm is a multi-sectoral and multidisciplinary law firm based in Senegal and Côte d'Ivoire. The firm has a total staff of 53 people, composed of a team of lawyers, jurists and paralegals. Houda's team works in French and English, to ensure the satisfaction of local and international clients. It provides legal advice and assistance to a diverse clientele and on different practice areas, including business law, insurance law, banking and finance, public and private international law, contract law, mining, oil and gas, renewable energy law and tax. The firm has developed a proven expertise in PPPs, covering all aspects of the subject, such as transport (road and airport), sanitation and health.