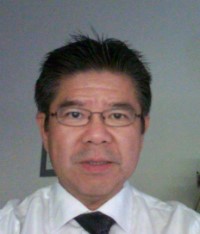 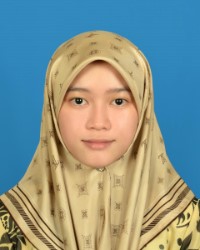 RIDZLAN LIM Advocates and Solicitors is a full-service legal firm located in the Batu Bersurat commercial area. It has three local partners with experience in governmental, judicial and international work. The firm is renowned for its commercial and civil practices. It is retained by foreign missions, private hospital, GLCs, banks and financial institutions, multinationals and major vehicles brands to advise them in their HR policy and compliance matters. It has helped to draft employment manuals and codes of conduct for various clients, and has acted for employers in defence of unfair dismissal claims and acted for employees regarding unpaid benefits. The firm provides strategic advice on employment tax-related issues in corporate restructuring.

1.1 Main Changes in the Past Year

In the past 12 months there has not been much legislation introduced in the jurisdiction. There was no new legislation dealing with employment or labour issues during the COVID-19 pandemic.

The main legislation governing employment is still the Employment Order 2009 and the Contract Act Chapter 106 of the Laws of Brunei.

At the beginning of the pandemic, the government provided businesses with an incentive by paying up to half of the salaries of businesses directly affected by the COVID-19 mandatory lockdown of certain sectors of the economy. This assistance stopped after three months as the economy was able to be opened progressively.

The government’s employment i-Ready Apprenticeship programme for the young unemployed was extended for six months, which meant that businesses that took in i-Ready apprentices were paid the salaries of these apprentices by the government for the extended six months.

The contract of employment can be for a fixed or indefinite term, or for part or full time.

A contract of employment must be in writing if the duration of the contract is more than a month. It must specify the scope of the works to be done and the remuneration or benefits provided by the employer.

The contract has to be signed and proper details of the parties recorded.

The method of calculation of benefits and/or salary has to be stated.

If the employee is a foreigner, then the contract is limited to two years or extended to three years if the employee is with their family in the country. There should also be provision for repatriation for foreign employees.

The employers and employees can agree on flexible working arrangements so long as the maximum prescribed limit on hours of work is not infringed.

Part-time contracts are similar to full time, except that the hours of work per week are less than 30 hours.

The overtime rate is 1.5 times the hourly rate of pay. An employee cannot work more than 72 hours of overtime in a month without the approval of the commissioner of labour.

It is an offence for an employer to not pay overtime.

There is no prescribed minimum wage in Brunei. The wage is usually agreed between the employees and the employer.

The usual employment contract has a one-month annual bonus amongst its benefits. This is more of a practice than a regulatory requirement. The government will intervene in the event of complaints made against an employer for unfair dismissal or unfair/unpaid benefits.

Each employee is entitled to paid annual leave for each year of service, depending on what is stated in the employment contract. However, the minimum shall not be less than seven days for the first year of employment. Thereafter, an employee who has served the same employer is entitled to an additional one day's annual leave for every subsequent 12 months of continuous service with the employer. An employee’s entitlement to annual leave shall be taken not later than 12 months after the end of every 12 months' continuous service.

Other leaves are subject to the agreement between the employer and the employee.

The obligations of confidentiality and/or non-disparagement are subject to the agreement of both parties. There is no statutory duty on this.

Non-solicitation clauses are usually enforceable by the court provided they satisfy the test of reasonableness. Courts take the view that such restriction is a matter of agreement between the employer and the employee.

There are no specific data protection or data privacy laws in this jurisdiction.

Any protection will be dependent on the terms of contract between the parties.

5.1 Limitations on the Use of Foreign Workers

Any employer that wishes to employ foreign workers must have prior approval of the Job Centre and the Labour Department. It has to be shown that the foreign workers qualification is not readily available in this jurisdiction or that the work is not likely to be performed by a local.

Prior to this, any employer that wants to hire a foreign worker must have a licence to do so. This licence usually comes with a guarantee that the employer will ensure that the employee has the resources to be repatriated in the event of termination or expiry of the contract of employment.

An employer wishing to employ foreign workers must first apply for a Foreign Worker Licence (LPA), which is applied for through the Labour Department. Once obtained, an application is made for the specific employee. Every employee needs to pass a medical test. After the medical test, the employee will need to apply for an employment visa and a national identity card.

This is no active labour union in this jurisdiction.

Specific and more specialised fields or industries have their own representative bodies, such as the Law Society and the Institute of Engineers. However, these bodies do not regulate the working conditions of the member but only their professional standards.

An employer can have a standard-form employment agreement for all its employees. There are, however, no collective bargaining agreements due to the lack of unions or workers representative bodies.

Termination of employment usually needs to have a reason. Nonetheless, if the contract of employment provides for termination with a notice period, then that notice is sufficient.

If termination is based on misconduct of an employee, then an inquiry ought to be held to ascertain the misconduct and dispense the necessary disciplinary action.

Termination on the ground of redundancy is allowed. An employee who has been retrenched within five years of service is not entitled to retrenchment benefit.

The Employment Order 2009 prescribes the minimum notice period for termination of contract:

Payment of the requisite notice period can be made in lieu of the notice.

7.3 Dismissal For (Serious) Cause (Summary Dismissal)

Summary dismissal can be implemented when an employee is dismissed immediately without notice or payment in lieu. This arises when the employee has committed gross misconduct, such as misuse of the employer’s facilities, disorderly conduct at work, wilful insubordination and dishonesty. The employer has to conduct an inquiry as to the fact of the misconduct before such an action/dismissal can be invoked.

A contract of employment can be terminated by an employee in the event that the employee or their dependant is threatened by violence or disease. There is no restriction on the termination agreement.

There is no specific protection of any particular class of employee in the legislation.

A wrongful dismissal claim usually arises when an employee claimed that they were dismissed without just or sufficient cause. This includes an incident when an employee was dismissed for lodging a sexual harassment complaint against their superior, there was a breach of the notice period for termination, or there was a breach of disciplinary procedure.

Usually the matter is resolved amicably without proceeding to court. An employee can seek reinstatement or monetary compensation from the court.

Except for pregnancy, there is no other ground on which an employee can claim discrimination. There is no anti-discrimination employment prohibition in the jurisdiction.

There is no specialised employment forum. Nonetheless, the Labour Department usually intervenes when there is a public complaint in relation to an employment issue that has general application.

The parties can resolve their disputes in court. Due to the costs involved in resorting to a dispute resolution forum, an employee usually lodges their grievances to the commissioner of labour, and invokes their power to resolve such dispute.

A dispute between an employer and employee is a contractual dispute. Thus, if the contract of employment provides for a dispute to be resolved by arbitration, then arbitration is possible.

The commissioner of labour has the power to inquire into complaints made by parties to an agreement and to resolve such complaints.

Unless the dispute resolution forum provides for the award of attorney’s fees, then there is no right for a successful party to be awarded their attorney’s fees.

RIDZLAN LIM Advocates and Solicitors is a full-service legal firm located in the Batu Bersurat commercial area. It has three local partners with experience in governmental, judicial and international work. The firm is renowned for its commercial and civil practices. It is retained by foreign missions, private hospital, GLCs, banks and financial institutions, multinationals and major vehicles brands to advise them in their HR policy and compliance matters. It has helped to draft employment manuals and codes of conduct for various clients, and has acted for employers in defence of unfair dismissal claims and acted for employees regarding unpaid benefits. The firm provides strategic advice on employment tax-related issues in corporate restructuring.