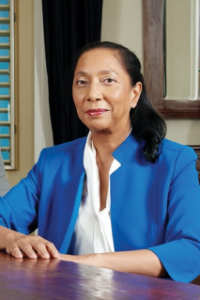 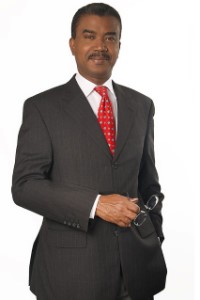 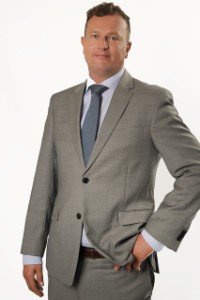 Soliana Bonapart & Aardenburg is a firm of trusted advisers who build up lasting relationships with clients, taking a healthy interest in people and their motivations. The firm maintains solid local ties, but also serves clients from all parts of the world in the private and public sectors. Soliana Bonapart & Aardenburg is associated with Globalaw, a worldwide network of independent law firms.

1.1 Main Changes in the Past Year

In the past year there have been no (major) changes in the employment laws in the Dutch Caribbean. The Court of First Instance in Curaçao made an interesting decision on the issue of whether an employer can (in)directly require an employee to be vaccinated against COVID-19.

The relevant facts of the matter are as follows.

The employer had requested the dissolvement of the employment agreement in the event that the immediate dismissal would not be upheld. This request was awarded based on changes in the employment relationship as the employee had acknowledged that the working relationship had been disturbed due to the vaccination discussion.

Please note that per 1 September 2021, Aruba introduced several major changes in its employment and labour laws. Some of the most important changes are listed below.

The most important legislative actions and initiatives taken to address the COVID-19 crisis from an employment perspective were temporary measures, the main purpose of which was to guarantee the continuation of employment within organisations and to avoid mass dismissals due to the financial situation of employers, caused by the loss of revenue due to a substantial decrease in their sales market.

These government measures were as follows:

In the Dutch Caribbean, no distinction is made between blue-collar and white-collar workers. However, there is a distinction between workers who fall under the scope of the relevant National Labour Ordinance 2000 and those who do not. The distinction is based on the income of the employee, as this ordinance has a threshold income that is related to the day wages as defined in the National Ordinance on Sickness Insurance.

If an employee (schedule worker or non-schedule worker) performs work outside of the aforementioned hours, these hours are considered overtime and the employee will consequently be entitled to an overtime allowance, as stipulated by law.

In the event of verbal agreements where work is performed by a person for payment, the law assumes the presumption of the existence of an employment agreement if the one of the following criteria is met:

The relationship between a temporary worker and the employment agency is also considered an employment agreement with its specific rules.

If the employee falls under the stipulations of the National Labour Ordinance 2000, then the following maximum working hours apply:

If the National Labour Ordinance does not apply, then the employer and the employee can contract the amount of working hours freely, provided the working hours agreed upon are reasonable in the specific circumstances.

Minimum wages differ for each island of the former Netherlands Antilles and for each type of salary agreed upon – eg, hourly, weekly, bi-weekly or monthly wages. The minimum wages are also distinguished per age group. Furthermore, these minimum wages are usually established anew on January 1st of each year.

In the Dutch Caribbean, there are no specific laws or regulations concerning a 13th month, bonuses or holiday allowances. These wage components are freely negotiable between the employer and the employee.

When an employee works overtime and their employment contract falls under the scope of the National Labour Ordinance 2000, then the following compensation rules will apply:

These compensations can be deviated from to lower percentages but only through a collective labour agreement.

Employer and employee can agree in writing that overtime will be partly or wholly compensated in time back instead of being compensated in money, in proportion to the above-mentioned compensation percentages.

Pursuant to the Vacation Regulation, an employee is entitled to a minimum number of days of vacation per year, equal to three times the number of agreed upon workdays per week.

During the vacation, the employer has to continue paying the employee’s wages.

Female employees are entitled to fully paid maternity leave, which differs for each island, as follows:

During the employment relationship, it can be agreed that the employee shall not perform any (additional) activities for third parties during their employment.

A non-solicitation clause that applies after the employment relationship has been terminated shall generally be considered equal to a non-competition clause in the Dutch Caribbean (except for Aruba).

This will be the case if such clause limits the employee's endeavours to pursue another employment.

An employer has the right to monitor an employee's work performance and to use the employee’s data for that purpose because there is a relationship of authority between them.

However, the employer is bound by the following conditions to protect the employee's right to privacy:

5.1 Limitations on the Use of Foreign Workers

A foreign employee is also required to obtain a residence permit.

Once a residence permit and a work permit are obtained, no further specific registration requirements are necessary other than the registration with the tax inspector for wage tax purposes and for the payment of applicable social premiums.

A union can represent the interests of individual employees or of a group of employees within a community or within a business sector. A union can also negotiate on behalf of the employees of a company with respect to a collective labour agreement, but has to be considered a representative for the majority of employees in order to do so.

If it has been established, on the basis of a referendum, that the union in question is representing the majority of the employees, the employer is obliged to enter into negotiations with this union with respect to the collective labour agreement.

In the Dutch Caribbean, the only employee representative body is a union.

The legal entity of such an employee association must have full legal capacity, and its by-laws have to explicitly stipulate that the association has the authority to enter into a collective labour agreement/collective bargaining agreement.

A collective bargaining agreement cannot be entered into for a period longer than five years, although it can be extended. Any such extension should be in such manner that the parties are never bound to each other for longer than five consecutive years, commencing from the time the extension is agreed upon.

Urgent reasons for the employee include the following:

An employer who intends to dismiss 25 employees, or more than 25% of the total number of employees in a company, provided this does not result in five or fewer employees, has to notify the Department of Labour at least two months prior to the termination of the employment agreements.

If the employment agreement is being terminated by giving notice, the following notice periods have to be taken into account by the employer, depending on the years of service:

The employee has a notice period of one month regardless of the duration of the employment relationship.

If the employer or the employee requests the Court to dissolve the employment agreement, the Court can award the employee a severance compensation based on fairness, taking all circumstances into account.

7.3 Dismissal For (Serious) Cause (Summary Dismissal)

Furthermore, the urgent reason and the immediate termination of the relationship in connection therewith must be notified to the employee forthwith.

If all formal and material criteria are met, this will lead to a legal dismissal.

There are certain categories of employees where the protection against dismissal by giving notice is granted based on the employee belonging to such category, as follows:

These categories of employees are only protected insofar as the reason for dismissal is connected to the specific category. In all other cases, the normal rules and procedures for the termination of an employment agreement remain applicable.

Depending on the reason given for the dismissal and the manner in which the employment agreement was terminated, an employee has the following options.

Based on the Curaçao Civil Code, an employer is not permitted to make a distinction between men and women in the following scenarios, under penalty of nullity:

On the other islands of the Dutch Caribbean, based on the principle of a good employer, an employer in the same circumstances is obliged to treat their employees equally. Furthermore, the non-discrimination provisions pursuant to the European Convention on Human Rights are applicable in the Dutch Caribbean.

If an employee believes they have been discriminated against, the burden of proof of such discrimination lies with the employee.

Disputes between an employer and an employee are brought before the competent Court of First Instance of the relevant jurisdiction. The procedure may be initiated by either the employer or the employee.

With the exception of the procedure in which the dissolution of the employment agreement is requested, the decision of the Court of First Instance can be appealed, to the joint Court of Justice of Aruba, Curaçao, Saint Maarten and of Bonaire, Saint Eustatius and Saba. Ultimately, this decision can also be appealed to the highest instance, which is the Supreme Court in The Hague in the Netherlands.

In employment disputes and disputes concerning a collective bargaining agreement, arbitration may be used as an alternative procedure.

However, arbitration is not a common procedure in connection with such disputes. To initiate an arbitrational procedure, the parties have to agree on that prior to initiating the arbitration. The procedure to reach an agreement is likely to take time and is also very costly.

Attorney’s fees are, in general, not part of the fees that are awarded in legal proceedings on employment matters. In general, each party has to pay its own attorney’s fees, irrespective of the outcome of the Court proceedings.

The Court can award certain procedural costs to the party that has successfully argued its standpoint but those costs are based on a fixed rate related to the monetary interest of the case and the procedural actions taken.

In exceptional cases, the Court may award the full attorney’s fees.

Soliana Bonapart & Aardenburg is a firm of trusted advisers who build up lasting relationships with clients, taking a healthy interest in people and their motivations. The firm maintains solid local ties, but also serves clients from all parts of the world in the private and public sectors. Soliana Bonapart & Aardenburg is associated with Globalaw, a worldwide network of independent law firms.