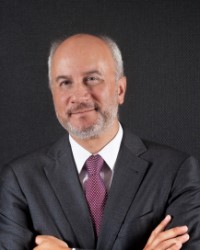 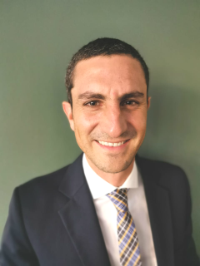 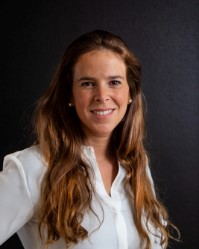 Porzio Ríos García was founded in 1993, as Porzio, Ríos & Asociados, and initially focused mainly on IP law. Owing to the increasing needs of its Chilean and foreign clients, and in order to provide a full range of legal services based on the highest-quality standards, the firm has since branched out into different areas of company and business law. Its labour and employment area covers non-contentious matters involving employee benefits, executive compensation, pension plans, redundancies and general employment policy. This encompasses M&A-related labour agreements. Also included are matters relating to labour and employment legislation, such as audits, collective bargaining processes, immigration issues and social security. Litigation at court and line-agency level has remained active and innovative. New focus in the areas of practice has been devoted to internal investigations, criminal assessments arising from employees’ wrongdoings, and golden-parachute proposals. The team has five members, two partners and three associates.

Personal Reputation as an Element of Suitability for Employment in Chile

The current Chilean Constitution, including the draft proposal for the new constitution that will be subject to a referendum in September 2022, provides for several rights pertaining to employment. These include an individual’s right to work in a profession of their own choosing and be free from discrimination based on reasons other than personal ability.

Employment law is a matter of public policy in Chile. As such, an employment agreement may only be terminated for reasons listed by law. Additionally, termination at will is restricted exclusively to some higher managerial and other exceptional positions.

One key principle is that personal behaviours, opinions and preferences not connected to work should have no impact on employment and do not justify termination or any other adverse employment action – eg, termination for cause. A company is not permitted to judge whether someone’s performance is satisfactory or not based on how their employees spend their free time.

Are there limits to an employee’s right to privacy?

Local law and the American Convention of Human Rights acknowledge the inviolability of private and family life, among other protected spheres. Private life is characterised as a space of freedom not subject to arbitrary interference by third parties or public authorities. However, an individual’s right to enjoy their private life is not entirely without its limitations in relation to their employment.

The above-mentioned general principle cannot always be universally applied when it comes to employment, particularly in cases of the following:

The latter two are discussed further in this article.

Can companies adhere to and enforce legitimate ideological aims or not? Should they in fact be banned from doing so and required to adopt neutrality policies instead?

An ideological employer is one whose values are not neutral, but rather attaches ethical allegiances to a particular belief or ideology – or standards that exceed the regular objectives of simply being the best service provider or plain profitability. Such employers will have been founded on certain acceptable values – the protection of which defines the group.

Examples of ideological employers vary but often include institutions who advocate for issues that are matters of public debate, such as:

In the first example, would it be irrelevant to the pro-choice organisation were an employee to state on his personal Facebook page that he finds abortion despicable? Should he be subject to disciplinary action as a result?

Similarly, would an employee of the NGO supporting endangered animals be in breach of their employment contract if they post a video celebrating their hunting marksmanship that was filmed while on holiday in a foreign country? What if the video also shows them eating the meat of an animal that is endangered in Chile, but not the country where it was filmed?

Neither of these two employees has committed a criminal offence in Chile. Would termination for cause without severance be lawful if an employee of the agency that campaigns against gender-based violence is recorded lewdly showing pornographic videos of underage girls to his friends at a weekend party?

The case of Sandra Pavez v Chile was brought before the Inter-American Court of Human Rights after a Religious Education teacher at a Catholic public school was removed from her teaching duties and assigned to other clerical responsibilities following the refusal of the Catholic Church to validate her Religious Education teaching certificate because she was a lesbian. Pavez' sexual orientation was considered contrary to the Catholic formal education the school provides, even though it is part of her private life.

Pavez filed action for discrimination against the Catholic Church and the school at the Santiago Court of Appeal. The claim was rejected. She then filed a claim before the Inter-American Court of Human Rights, which decided that the school authorities’ decision did not meet the strict test of proportionality and violated the principle of equality and non-discrimination.  In this particular case, the right to privacy, personal freedom and non-discrimination pre-empted the school’s right to religious freedom.

Employees should not be subject to their employer’s scrutiny outside working hours, on holidays, or on a Saturday night at a wedding party. However, sometimes exceptional behaviours take place during that time off that can genuinely harm and violate the legitimate aim or purpose of a given organisation. Such situations give rise to the potential need for a morality clause in certain contracts.

Employers may become increasingly ideological in their aims, some of which may be pervasive throughout the entire structure of the organisation, in cases such as pro-abortion institutions, political parties and religious schools. At this point the standard of correctness required by an organisation becomes relevant.

The freedom to take action to reinforce the relevance of the legitimate purpose an organisation has set for itself is protected by law. An employer may avoid and distance itself from those behaviours that cause reputational damage or directly harm the pervasive interests adhered to by the members of such organisation.

Of course, employees also have the right to conduct their private lives as they see fit and to disassociate themselves from the mission or reputation aimed for by their employer during this time. It is not clear whether a general correctness provision (usually contained in an internal Code of Ethics) may per se pre-empt other constitutional rights employees have to conduct their own lives. The two positions must be reconciled.

Some recent factors have influenced a changing view of where the border of an employment wrongdoing begins.

Morality clauses are not regulated by law in Chile, but the increased exposure of employees’ attitudes, habits and opinions through social media has presented new challenges. One huge issue is the release and availability via social media of information that back in the day would have been essentially hidden from public view. Today such information, posted on social media, may be analysed and quoted letter by letter – within or out of context – immediately triggering mass collective judgement and criticism. It is estimated that there will be 5.42 billion social media users by 2025 (source: statista.com).

Is it irrelevant to a law firm that its well-known tax specialist attorney, who advises clients in filing their tax reports, intentionally appears in the news misrepresenting data on her personal tax statement? Should such appearances be permitted or forbidden to avoid the firm gaining a bad reputation?

Legal practice in the US concerning morality clauses offers some useful guidelines. Such clauses emerged in the 1920s in the Hollywood film industry, as a reaction to the decline in attendance in movie theatres caused by scandals and crimes involving certain actors. Today they are found in sponsorship contracts, advertising contracts and also in employment contracts. Several states have already codified the language regulating them. This tendency has not occurred in Chile or other Latin American countries.

Some real-life examples of the exercise of morality clauses can be found in business agreements enforced by for-profit companies.

Moreover, when it comes to discussing recent incidents involving famous reputations, it is worth pointing out that Johnny Depp was not subject to a morality clause with Warner Bros. The movie company dropped him quickly from the film Fantastic Beasts: The Secrets of Dumbledore in 2020 after Depp lost a libel lawsuit against The Sun newspaper in the UK. Even though only a few scenes had been filmed, the media reported that the actor received USD16 million thanks to a pay-or-play contract that required Warner Bros to compensate Depp for the full amount of the deal.

What determines whether conduct outside the workplace is unsuitable?

All conduct described in the preceding paragraphs took place outside the workplace, yet nonetheless had a severe impact on the legitimate mission of the employing organisation and caused confusion as to whether or not such conduct was attributable or endorsed by said organisation.

Relevant factors that should be considered in any attempt to assess the extent of an employee’s misconduct are:

In order not to misunderstand the arguments of this article, please remember that morality clauses and ideological employers have both been addressed from an employment regulations standpoint – meaning there is a paid bilateral employee–employer interaction, where correctness standards seem prima facie to be applied more reluctantly. This analysis does not necessarily apply to volunteering relationships and membership of non-profit charity organisations.

Porzio Ríos García was founded in 1993, as Porzio, Ríos & Asociados, and initially focused mainly on IP law. Owing to the increasing needs of its Chilean and foreign clients, and in order to provide a full range of legal services based on the highest-quality standards, the firm has since branched out into different areas of company and business law. Its labour and employment area covers non-contentious matters involving employee benefits, executive compensation, pension plans, redundancies and general employment policy. This encompasses M&A-related labour agreements. Also included are matters relating to labour and employment legislation, such as audits, collective bargaining processes, immigration issues and social security. Litigation at court and line-agency level has remained active and innovative. New focus in the areas of practice has been devoted to internal investigations, criminal assessments arising from employees’ wrongdoings, and golden-parachute proposals. The team has five members, two partners and three associates.