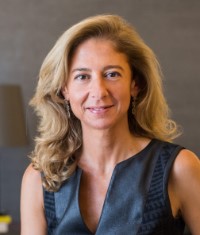 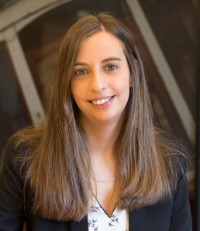 Sérvulo & Associados is a Portuguese full-service law firm with over 20 years of experience, and occupies a leading position in the Portuguese legal market. Recognised for the quality of its legal services in all relevant areas of law and strategic sectors, the firm has a highly competent multidisciplinary team of more than 100 lawyers, motivated by a single purpose: to transform academic research and accumulated knowledge into sound legal solutions, thus creating added value for its clients. Sérvulo is trusted by a vast number of the main private and public entities, both domestic and international, in the Portuguese-speaking legal markets and in all the most significant economic sectors. It houses a roster of lawyers that are fully capable of facing all the challenges that may arise at any time and in any field of the law.

The Recognition and Enforceability of Foreign Judgments (Civil and Commercial Matters)

Nowadays, within the European Union (EU) states, Regulation (EU) No 1215/2012 of the European Parliament and of the Council of 12 December 2012 (known as the “Brussels I bis Regulation”) provides for an expeditious mechanism of reciprocal enforcement of judgments in the European Union. Under Regulation No 1215/2012, judgments in civil and commercial matters given in any member state are automatically or ipso jure recognised and enforceable in Portugal without the need for a special procedure and a declaration of enforceability.

However, the previous Council Regulation (EC) No 44/2001, of 22 December 2000 on jurisdiction and the recognition and enforcement of judgments in civil and commercial matters is still applicable to judgments given in legal proceedings instituted before 10 January 2015 which fall within the scope of that Regulation.

At the international level, the 2007 Lugano Convention, concluded between the EU and Iceland, Norway (members of the EFTA) and Switzerland on 30 October 2007, provides for the reciprocal recognition and enforcement of judgments in civil and commercials matters.

The first attempt to establish a multilateral framework for the recognition and enforcement of judgments stemmed from the Hague Convention of 2005 on Choice of Court Agreements, ratified by the EU in 2015, which guarantees recognition and enforcement of judgments given by a court of a contracting state designated in an exclusive choice of court agreement.

With Brexit, the EU regulations referred to above (under European Union Regulations) are no longer applicable to the UK. In fact, Brexit has caused uncertainty in relation to the enforcement of foreign judgments in the UK and of judgments given by UK courts. The civil justice instruments of the EU ceased to apply to the UK from 1 January 2021, following the expiry of the transitional period on 31 December 2020. The trade and co-operation agreement between the UK and the EU, negotiated during the transitional period and concluded on 24 December 2020, does not include civil judicial co-operation.

In April 2020, the UK requested re-accession to the 2007 Lugano Convention, but the European Commission, in representation of the EU (a party to this Convention), has so far been in opposition. This can still be changed if a qualified majority in the European Council favours such acceptance.

Thus, until co-operation between the EU and the UK in civil judicial matters is agreed, the UK will have to depend on other international conventions and treaties, such as the 1973 Hague Convention on recognition and enforcement of decisions, as well as countries’ national rules on enforcement of foreign judgments. However, the European Commission has already expressed its understanding that the Hague Convention is only applicable to exclusive English jurisdiction clauses agreed from 1 January 2021.

Judgments may be recognised and enforced in the UK under common law or in Portugal under Portuguese law, but only if certain criteria are met; meaning that the recognition and enforcement of judgments will be more complex, as national law will have to be complied with.

Considering the above, disruptions in the recognition and enforcement of foreign judgments are expected, which may affect cross-border commercial and civil disputes. Arbitration may be an alternative to this situation, since the New York Convention on the Recognition and Enforcement of Foreign Arbitral Awards 1958 has extensive coverage and applies to a significant number of states.

Another alternative may be found in the future application of the 2019 Hague Convention on the Recognition and Enforcement of Foreign Judgments in Civil or Commercial Matters, which was concluded on 2 July 2019, though is not yet in force. This Convention aims to promote access to justice globally through enhanced international judicial cooperation. In particular, the Convention seeks to reduce the risks and costs associated with cross-border litigation and dispute resolution and, as a result, facilitate international trade, investment, and mobility. The application of this Convention may provide a solution for the legal void caused by Brexit.

On a national level, Portugal has also signed bilateral agreements on judicial co-operation in civil and commercial matters with Portuguese-speaking countries, which enable the recognition and enforcement of foreign judgments. This is the case with agreements concluded with Angola, Cape Verde, Guinee-Bissau, Mozambique, Sao Tome and Principe, and Macau.

The recognition and enforceability of judgments outside the scope of EU Regulations, international conventions or agreements are subject to the Portuguese legal system as envisaged in the Civil Procedure Code.

The competent court for the recognition of foreign decisions is the Court of Appeal (Tribunal da Relação).

The recognition of foreign judgments is subject to the following conditions:

According to the public and official data disclosed by Portuguese authorities, the number of proceedings for the recognition of judgments has been stable, with fewer than 2,000 proceedings pending in each year since 2017.

Enforcement Proceedings on Civil and Commercial Matters: General Rules and the Latest Reforms

Enforcement of civil and commercial decisions is obtained through legal action filed by a creditor seeking enforcement against a debtor, and takes place in specialised courts.

The enforcement proceedings may have three purposes:

Enforcement proceedings are conducted by an enforcement agent, who may be appointed by the creditor. An enforcement agent is a professional with a degree in legal agent studies or in law, with powers, at a national level, to perform all enforcement formalities and acts that are not assigned to the judge or to judicial officers. The judge has exclusive competence to decide matters involving a dispute of claims, matters of law, as well as matters upon express request for his intervention.

The enforcement system has undergone several important changes over the past two decades that began in 2003 with the reduction of judicial intervention in enforcement proceedings. The amendments to the law were accompanied by the creation of instruments to support the activity of enforcement agents, namely electronic platforms for collection of information on debtors’ assets.

Following the Memorandum of Understanding on Specific Economic Policy Conditionality agreed between the Portuguese Republic and the European Central Bank, the European Commission and the International Monetary Fund, and within the framework of the aid programme to Portugal, the government assumed its commitment to review the Civil Procedure Code.

Therefore, in 2013 a new Civil Procedure Code entered into force as well as several amendments regarding enforcement proceedings, and involved the following:

Since 2014 it has been possible to file a pre-enforcement extrajudicial procedure (PEPEX) that allows the creditor to verify whether the debtor has seizable assets before filing the enforcement proceedings. PEPEX is a paperless, electronic procedure which is faster and cheaper than judicial proceedings. Enforcement agents are also the competent authority for carrying out the measures under this procedure.

The legal system of enforcement of judgments suffered changes and required several amendments due to the pandemic. The Portuguese authorities approved a set of exceptional and temporary measures to respond to the epidemiological situation caused by COVID-19, which, considering the existing situation, aimed to safeguard public health, the functioning of the economy and access to essential goods by all citizens.

Between 9 March 2020 and 2 June 2020, an exceptional legal regime applied. One important measure was the suspension of all deadlines for the performance of procedural acts. The exceptional regime also provided for the suspension of any acts to be performed in enforcement proceedings, mainly by the enforcement agents, except for those that could cause serious damage to the creditor’s livelihood or whose non-performance could cause irreparable damage.

Among the procedural acts that could not be performed, the legislature identified the following:

From 3 June 2020, procedural deadlines have been resumed; acts and enforcement measures may again be carried out by the enforcement agent, except for those concerning the judicial delivery of the family home, judicial sales, and judicial delivery of immovable property, when the judge decides (following a request of the debtor) that it will damage his or her livelihood.

The amendments to the enforcement legal regime (made in 2013) had a positive impact on the average duration of proceedings. According to the latest official data, following these legislative revisions, there was a significant decrease in pending enforcement proceedings and an increase in closure of pending proceedings after 2013.

This means that, despite the improvements made in recent years, Portugal still has many unresolved enforcement proceedings.

Sérvulo & Associados is a Portuguese full-service law firm with over 20 years of experience, and occupies a leading position in the Portuguese legal market. Recognised for the quality of its legal services in all relevant areas of law and strategic sectors, the firm has a highly competent multidisciplinary team of more than 100 lawyers, motivated by a single purpose: to transform academic research and accumulated knowledge into sound legal solutions, thus creating added value for its clients. Sérvulo is trusted by a vast number of the main private and public entities, both domestic and international, in the Portuguese-speaking legal markets and in all the most significant economic sectors. It houses a roster of lawyers that are fully capable of facing all the challenges that may arise at any time and in any field of the law.