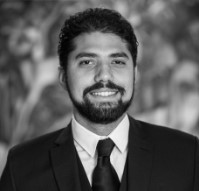 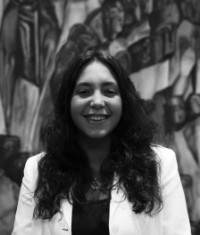 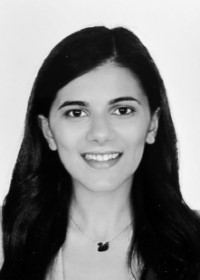 Shalakany has over a century of experience since its establishment in 1912, and has achieved a record of success and growth that today makes it one of the leading corporate law firms in Egypt and the Middle East. With over 60 lawyers and counsellors, including ten partners, and a support staff of over 80 qualified professionals, including 15 paralegals, the firm provides first-rate legal services to a broad base of multinational, regional and local clients through its offices in Cairo, Alexandria, and the Red Sea. The firm has been consistently regarded as providing top-tier advice across most major practice areas and many of its lawyers have been recognised as leading professionals in their respective fields. Shalakany is also the exclusive Egyptian member for Lex Mundi.

For approximately 20 years, insolvent corporations wishing to declare bankruptcy were bound by the lengthy and burdensome procedures provided for under the Egyptian Trade Law. Financial crises were difficult to overcome and companies in financial distress were forced to succumb to insolvency proceedings that took at least two years.

The old insolvency system lacked structure, efficiency and made no distinction between fraudulent and non-fraudulent bankruptcy, which meant that non-fraudulent investors may have found themselves facing imprisonment purely for facing financial difficulties.

In recent years, Egyptian legislators have shifted towards adopting more business-oriented and investment-encouraging legislation to foster investment growth in Egypt and increase activity in the Egyptian market. During the past decade, Egypt has faced unprecedented economic and financial difficulties that necessitated regulatory reforms aimed at improving the economic climate. This was primarily addressed through the introduction of a new Investment Law, amendments to the Companies Law, and a new Customs Law. These steps hoped to ensure better business opportunities and act as a great catalyst for inbound offshore investments. It seemed fitting that Egyptian legislators introduced a new law to regulate, in a more systematic manner, the proceedings concerning insolvency and bankruptcy.

In February 2018, Egypt issued its first legal instrument focused on addressing insolvency. The Restructuring, Preventive Composition and Bankruptcy Law No 11 of 2018 (the Bankruptcy Law) was promulgated and replaced the fractured and investment-discouraging regime previously in force under the Egyptian Trade Law.

The Bankruptcy Law is a significant step in ongoing business-oriented legislative reform in Egypt, as it adds a new concept of creditor participation in debt restructuring to avoid the closure of businesses, as well as promoting the distribution and use of the assets of a financially troubled business more efficiently and fairly.

By regulating and streamlining the bankruptcy process, especially corporate bankruptcy, investors find greater comfort entering the market, knowing that they can now more easily exit should they face financial distress. The Bankruptcy Law further guarantees alternative options for investors to explore if they wish to carry on their business ventures in Egypt despite facing financial turmoil.

To provide businesses with greater possibilities to tackle their financial distress, the Bankruptcy Law outlines three different routes a company may take when insolvent.

The standard bankruptcy proceedings present in many jurisdictions may be undertaken; however, they have been reformed from their previous inflexible structure. Bankruptcy proceedings are exclusively assigned to the jurisdiction of the Economic Court and the procedures for declaring bankruptcy have been adapted to be more structured. For example, bankruptcy cases will now be handled by the First Instance Circuit instead of the Second Instance Circuit, which is aimed at simplifying the appeals process before the Court of Cassation.

Should an insolvent company wish to continue running its business, the Bankruptcy Law provides a restructuring process whereby the company may reorganise its financial structure to overcome a financial crisis.

The benefits of adopting this approach include the ability of the company to continue running its business and managing its finances. Additionally, the signatory creditors are prohibited from initiating any claims against the company or the restructuring plan until this plan is fully implemented or judicially terminated.

Preventive composition is a court-approved settlement procedure for insolvent companies that are under financial distress without having committed any fraudulent acts or undertaken gross misconduct. This process allows an insolvent debtor to avoid liquidation proceedings by reaching an agreement with its creditors to a settlement plan, pursuant to which it will repay all or part of its outstanding debts.

Much like corporate restructuring, the preventive composition procedures are handled by the Economic Court, which appoint a trustee to guide and administer the settlement process.

As the Bankruptcy Law has been recently enacted – and only in force for the better part of two years – the outcome of its new provisions on business prospects and insolvency proceedings cannot be determined with great certainty. Egyptian courts are still burdened by heavy backlogs and it generally takes years before the impact of legislation can be fully tested and gauged. That being said, it is expected that the Bankruptcy Law will encourage further investment in Egypt as investors should feel safer capitalising in a market which offers a more systematic set of procedures and new mechanisms to handle their potential financial distress more efficiently.

In addition to the above, new amendments to the Bankruptcy Law have been enacted this year to further boost the economy and stimulate the investment market in Egypt. The new amendments allow non-banking institutions to provide financial aid to insolvent investors in order to assist them continue with their activities. In this regard, non-banking institutions are permitted to offer credit facilities to defaulting businesses and companies provided certain conditions are met. This would have been unthinkable under the former legislation.

Since the promulgation of the Bankruptcy Law, Egypt’s ranking in the World Bank’s Resolving Insolvency Index has risen from 115 to 104, thereby indicating the progressive nature of the new legal regime. By introducing corporate restructuring and preventive composition while allowing the debtor to remain in control over the affairs of its enterprise, the Bankruptcy Law decreases the need for corporations to resort directly to bankruptcy and provides the same as a last resort for struggling debtors who may favour restructuring or out of court settlement to carry on its business ventures.

It is undeniable that the COVID-19 outbreak has impacted, and will continue to impact, economies globally. Strict lockdown measures and limited opening hours for businesses have resulted in significant financial distress for corporations across several industries.

Although precise figures regarding how many corporations have declared bankruptcy are not officially disclosed, unofficial sources have reported that, in 2020, no companies were declared bankrupt in Egypt. This may function as an indication that corporations may be relying more on corporate restructuring or preventive composition to overcome their financial distress.

Additionally, companies are yet to go out of business as (i) it takes years to obtain a bankruptcy judgment, and (ii) there has been a wide range of stimuli and financial aid from the government to counterbalance the economic disruption caused by the COVID-19 outbreak. With regard to the latter, the Egyptian government has introduced numerous measures and assigned economic stimuli to boost the economy. These include the following:

Notwithstanding the above, there is no doubt that the COVID-19 pandemic will continue to impact business operations globally as we enter a fourth wave. However, offering corporations alternative approaches to save their businesses from insolvency provides them with some comfort and ease in tackling this fourth wave and remaining active on the Egyptian market.

It is early days for the Bankruptcy Law and its precise impact on the Egyptian market has yet to fully materialise. The Bankruptcy Law has paved the way towards a more progressive investment climate in which legislation that reflects and supports a growing market is enacted.

Although unintentional, the enactment of the Bankruptcy Law came at an appropriate time as the COVID-19 pandemic crept in and impacted business operations worldwide. Companies under financial distress are now provided several options to handle their insolvency and are not strictly bound to declare bankruptcy. The new regime also provides corporations with alternative schemes to save their businesses from shutting down.

The Bankruptcy Law provides a structured and efficient system for declaring bankruptcy, corporate restructuring and out of court settlements, which are predominantly handled by the Economic Court. Sanctions have additionally been more fairly distributed to ensure a just distinction between fraudulent and non-fraudulent insolvents.

Although the Bankruptcy Law cannot be considered a trend-setter and has yet to prove its impact on the development of the Egyptian market, its structure, alternative schemes and investor-friendly approach may encourage investors to bring their capital to Egypt and provide them with comfort investing in the country during these economically challenging times.

Shalakany has over a century of experience since its establishment in 1912, and has achieved a record of success and growth that today makes it one of the leading corporate law firms in Egypt and the Middle East. With over 60 lawyers and counsellors, including ten partners, and a support staff of over 80 qualified professionals, including 15 paralegals, the firm provides first-rate legal services to a broad base of multinational, regional and local clients through its offices in Cairo, Alexandria, and the Red Sea. The firm has been consistently regarded as providing top-tier advice across most major practice areas and many of its lawyers have been recognised as leading professionals in their respective fields. Shalakany is also the exclusive Egyptian member for Lex Mundi.