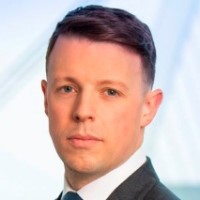 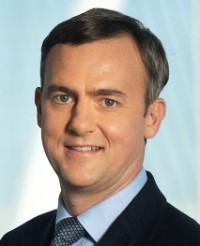 Insolvency Trends and Developments in Ireland, 2022-23

Practitioners in the area have been envisaging a delayed wave of COVID-linked insolvencies in late 2022 as the benefits of the Irish government’s supports and tax warehousing come to an end. This does appear to be becoming a reality. Government supports largely came to an end in Q2 of 2022. Interest will begin to accrue on most of the EUR2.8 billion of debt “warehoused” by the Irish Revenue Commissioners from 1 January 2023 onward. The ability to warehouse revenue debt during the pandemic has provided essential breathing space for many SMEs impacted by pandemic restrictions.

There are also other factors which will inevitably see an increase in corporate insolvencies in Q4 of this year and into 2023 ‒ particularly the full effects of increased inflation, rising energy costs, labour shortages in certain sectors and global supply chain issues.

Brexit continues to impact the Irish restructuring market. It presents both opportunities and challenges for Ireland. There remains no overarching legislative framework governing cross border insolvencies between the UK and the EU. Specifically, there is no automatic mutual recognition of insolvency proceedings between the UK and the remaining EU member states, unless those proceedings commenced prior to 31 December 2020.

As the majority of EU member states are still not presently signatories to the UNCITRAL Model Law on cross-border insolvency proceedings (the “Model Law”), to which the UK is a signatory, recognition of UK insolvencies will largely be a matter for each EU member state’s domestic courts to determine. EU member states’ courts determinations are conducted on a case-by-case basis, which continues to create a degree of uncertainty in the market and will continue to do so in the short-to-medium term.

Brexit continues to present opportunities for Ireland as a destination for international cross-border restructurings. Ireland is now the only EU member state that:

Owing to the close economic and geographic ties between the UK and Ireland, re-establishing and regularising cross-border insolvency provisions with the UK has been highlighted as a priority for Ireland. The Irish Company Law Reform Group has recommended to the government that Ireland signs up to the Model Law, which would facilitate cross-border insolvency recognition and assistance with the UK. The Irish government has yet to initiate this process.

The much-anticipated small company administrative rescue process (SCARP) became operative in December 2021. The purpose of SCARP is to provide a framework for the rescue of small and micro companies (as they are defined in the Irish Companies Act) which make up 98% of all companies in Ireland. Despite the many benefits of the examinership process, the costs associated with the court applications required in this process can be prohibitive for a lot of smaller struggling companies. SCARP is designed to have minimal court involvement, but with recourse to the courts available where there are disputes or where there is a need to guard against abuse of the process. Therefore, whilst SCARP takes heavy influence from examinership, it is to be primarily conducted as an administrative process bypassing the courts to the greatest extent possible and therefore reducing costs for small and micro companies.

Despite the large amount of commentary regarding its commencement, the process had seen a negligible uptake in the first half of 2022. The general consensus is that the full impact of the COVID-19 pandemic on SMEs was insulated by the breadth of government support available to businesses in Ireland. Those supports have been largely now phased out. Since August, there has been a gradual, albeit slow, uptake in the process. Currently, 18 companies have entered the SCARP process, six have successfully exited and seven are ongoing. Only two SCARPs have failed at this point.

Practitioners and commentators alike have identified potential limitations of SCARP, which may reduce its attractiveness to certain companies. Court involvement is required to obtain protection from creditors and to repudiate certain contracts such as leases. This increases the costs associated with SCARP, reducing its viability for companies who are already struggling to control costs. The fact the certain debts owing to the Irish Revenue Commissioners, who are typically a key creditor, can be excludable from the process in certain specific circumstances had been highlighted as another potential weakness; however, the engagement by the Irish Revenue Commissioners with the process appears to be largely constructive to date. Notwithstanding all the concerns, the process has been shown to work. Since August, 286 jobs have been saved by the process.

In July 2022, the mandatory articles of Directive (EU) 2019/1023 of the European Parliament and of the Council of 20 June 2019 on preventive restructuring frameworks was transposed into Irish law by the European Union (Preventive Restructuring) Regulations 2022 (the “Regulations”).

The Regulations provide for a preventative restructuring framework and a structure for facilitating and negotiating on preventative restructuring plans across EU member states. Given the adequacy of the Irish examinership process, wholesale legislative updates were not required in this jurisdiction. The changes brought in by the Regulations will apply to all examinership applications filed after 29 July 2022.

The principal material updates to the Irish examinership process by the Regulations are the following.

In addition, under the Regulations, a new fiduciary duty was added to the existing eight fiduciary duties under Irish company law, that directors must have regard to the interests of its creditors where the directors “become aware” of the company’s insolvency.