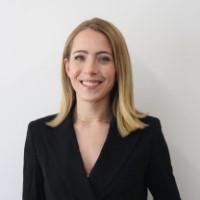 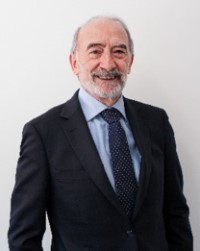 DLM ABOGADOS is a boutique firm based in Madrid and specialising in managing restructuring, bankruptcy and corporate financial distress, assisting companies in distress, and advising directors, particularly regarding directors' liability and creditors. It also specialises in assisting investors on distressed operations.

Insolvency in Spain: Reform of the Recast Insolvency Act

Act No 16/2022 of 5 September 2022 (“Act 16/2022”) reformed the Recast Insolvency Act, transposing Directive (EU) 2019/1023 of the European parliament and of the council of 20 June 2019 on preventive restructuring frameworks, on discharge of debt and disqualifications, and on measures to increase the efficiency of procedures concerning restructuring, insolvency and discharge of debt, bringing major changes to the existing Spanish insolvency legislation.

Since the approval of the old Act 22/2003 of 9 July 2003, Spanish insolvency regulation has been amended successively, creating means and systems to overcome insolvency prior to its judicial declaration. Royal Decree 3/2009 of 27 March on urgent measures relating to tax, financial and insolvency matters regarding the evolution of the economic situation and Act 38/2011 of 10 October, which reforms Act 22/2003 of 9 July, introduced the concept of restructuring agreements, although they are limited to financial creditors and almost exclusively aimed towards large companies with considerable financial risk.

The insolvency administrator has been the professional figure most affected by the reforms, having been reduced to a secondary role triggered by the existing division between professional schools and associations. This division arises out of an inability to meet in the middle or to row in the same direction, and from the fact that there was never a punitive system for those insolvency administrators whose conduct and actions were undesirable.

Act 16/2022 implies a major change in the Spanish insolvency and pre-insolvency system, obliging the Spanish government to transpose Directive 2019/1023, although the transposition has been delayed by a year due to COVID-19.

The core of the reform and the main relevant amends is as follows:

Those four major changes are analysed in brief below.

Concept, purpose and communication of the beginning of negotiations

The approval of Act 16/2022 implies a deep alteration of Book II of Royal Legislative Decree 1/2020 of 5 May, entitled “pre-insolvency law”, which approves the Recast Text of the Insolvency Act (TRLC) and introduces restructuring plans to replace the previous refinancing agreements.

Restructuring plans intend to amend debtors' assets, liabilities and equity, and may provide for transfers of assets or business units in order to ensure the debtor's viability. The aim is to maximise a company's value, maintain the business and give creditors beneficial treatment according to Article 654.7º of the TRLC, which establishes that the creditors in a restructuring plan must receive more favourable treatment than they would in a potential liquidation.

The main differences between the current restructuring plans and the previous refinancing agreements are as follows:

A restructuring plan is negotiated with the affected creditors. The debtor is entitled to notify the competent court that it has entered into negotiations with its creditors to reach a restructuring agreement (Articles 583 to 613 of the TRLC). This court notification can have a restricted character in order to avoid any deterioration of the debtor company's activity of the sector becomes aware of it. The notification has the following effects:

Subjects affected by the restructuring plan: creditors, credits and partners

The restructuring plan affects all credits, including contingent credits, with some exception:

If the plan is approved, public credits have to be paid within 18 months. The computation rule of credits states that the principal sum plus interest shall be taken into account. Standby credits submitted to a suspensory condition will be computed for the maximum amount.

Affected credits will vote for or against the plan within their classification. Although the criteria for class formation are relatively open, the classification of credits is one of the main aspects and should follow some imperative rules. The main rule is that credit classes have to be formed on the basis of a common interest according to certain objective criteria and being in the same range in the payment order in the proceeding: special privilege credits (Articles 270 and 280 of the TRLC), general credit (Articles 280 and 287 of the TRLC) and ordinary credit and subordinated credit (Article 281 of the TRLC).

Credits within the same range can also be subdivided into different classes in terms of their nature, whether or not they are financial, the interest conflicted or how they will be affected by the restructuring plan.

Article 623 of the TRLC states that the only financial credits are loans, credits owned by financial entities or insurance companies, finance leases, factoring and confirming. Secured credits with securities in rem constitute a single class unless the heterogeneity of the assets justify their division in several classes, and public credits will constitute a subclass in between credits within the same range. Debtors and creditors are able to request judicial confirmation regarding the adequacy of class formation from the competent court. Once the adequacy of the class formation is approved by the court, creditors have ten days in which to oppose this classification.

Restructuring plan content, notification of the proposal, right to make suggestions and approval

Every restructuring plan must contain at least the following information:

If partners are involved, the following must be included:

If the plan concerns a public credit certification, it must confirm that payments to the Tax Agency (AEAT) and the General Social Security Treasury (TGSS) are up to date.

The restructuring plan is considered approved when at least two thirds of each class of creditors vote for it. When it concerns securities in rem, the percentage required rises to three quarters.

The plan is then formalised in a public instrument (public deed or contract notarised by a notary public).

If the plan is judicially sanctioned by the court, the creditors that voted against it or that were not in favour can still be affected by the plan.

Act 16/2022 introduces a major change to the regulation of the debt discharge system so that it becomes a right rather than a benefit. This right is suitable for any natural person that is considered to be acting in good faith through a payment plan or through liquidation to those who had good faith. The concept of good faith is strengthened in this Act.

The reform has removed the concept of "professional" or "entrepreneur", mainly because the debt discharge, in this case, should be requested within the micro-business special proceeding, even when the insolvency proceeding has no assets. The Act does not remove the requirement for the debtor to request discharge within 15 days if it was not done within the established term (ie, any time before the opening of the liquidation). These facts solidify the exemption of liability for a natural person in the proceeding or plan of continuance, and, in the case of failure, in the liquidation of all of the assets.

It is doubtful that there can be any compatibility between the micro-business special proceeding (Article 487 of the TRLC) and the provisions regarded for the regulation of the discharge of a natural person, professional or entrepreneur (Article 486 of the TRLC).

Only the good-faith debtor has access to such a discharge. Article 487 of the TRLC determines the scenarios in which a debtor is considered to be acting in bad faith, including:

The discharge is provisionally approved with the proposed payment plan and becomes definitive only once the payment plan is fulfilled. If the discharge occurs with liquidation, the competent judge will declare the definitive discharge in the court order that declares the conclusion of the insolvency proceeding.

Act 16/2022 introduces a new proceeding for micro-businesses (ie, those with fewer than ten employees in the last year, less than EUR700,000 annual business and debts under EUR350,000 regarding the last annual accounts) into the Spanish insolvency legislation.

The micro-business proceeding is based on approximately 31 forms, which should be submitted by the debtor, partners or interested people.

This proceeding has three phases:

The communication that the negotiations have started, in order to approve a continuance plan, aims to protect the functioning company and avoiding the initiation of new proceedings. It also implies the suspension of those proceedings that imply the seizure of assets that are essential for the company's activity. The maximum period for this first phase is three months, without the possibility of extension. In the case of current insolvency, the request to start the continuance plan has to be formalised before the end of the fourth month.

The continuance proceeding can have the same structure as the restructuring plan and can also affect the partners. Any labour measure (eg, modification of the essential conditions or collective extinction) will be handled before the judge of the insolvency proceeding. The plan is approved by the simple majority of creditors and has to be sanctioned by the court.

The micro-business proceeding cannot exceed four months. After four months, the company is liquidated automatically through the liquidation platform created to those effects (selling of rights and assets). The selling of the assets and rights can be done through the platform but, in practice, difficulties can arise when creditors have to be paid automatically, which requires the intervention of professionals such as court clerks, insolvency administrators or any other professional with sufficient knowledge.

Act 16/2022, as stated in European Directive 2019/1023, establishes criteria to preserve the value of the functioning company and of the business units.

This reform introduces into Spanish legislation the pre-pack or sale before the declaration of insolvency in order to preserve a company's value so it does not suffer deterioration because of the insolvency declaration. This aspect was strongly regulated in the proposed act, but was somewhat weakened in the Act as passed.

Another innovation is that the expert can now locate offers in order to sell business units, which previously had no regulation – a new regulation for this figure at least will have to be passed.

Articles 224 bis to 224 septies of the TRLC also introduced the regulation of the atypical pre-pack, because once an expert is designated and locates the best offer and dictates the report, once again it is notified so that creditors can make observations or propose alternative acquisitions.

Other modifications included in Act 16/2022

In addition to the developments outlined above, the Act also reforms the regulation of insolvency proceedings without an estate, procedural aspects such as the ending of the common phase and definitive or final texts or reports, the disappearance, in practice, of the insolvency administrator and the creation of other figures like the restructuring expert, the expert to locate offers and the insolvency mediator.

The reform lays aside the regulatory development of the insolvency administrator statute, its access regime to the profession and the retribution, in order to avoid a new delay in the transposition of European Directive 2019/1023.

From a corporate point of view, the reform brought about by Act 16/2022 obliges insolvency administrators to approve measures to detect likely insolvency; otherwise, social administrators may incur in liability. Creditors can require this liability through individual actions (Article 241 of the TRLC) or objective actions (Article 367 of the TRLC).

The reforms of Act 16/2022 should be valued in a very positive way, as they intend to apply mechanisms to overcome insolvency at an early first stage with minimal judicial intervention in the restructuring plans, although problems are likely to arise in practice, mainly in the micro-business proceeding, due to several loopholes.

DLM ABOGADOS is a boutique firm based in Madrid and specialising in managing restructuring, bankruptcy and corporate financial distress, assisting companies in distress, and advising directors, particularly regarding directors' liability and creditors. It also specialises in assisting investors on distressed operations.