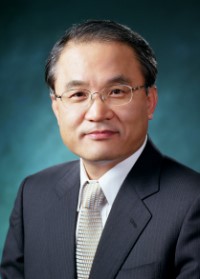 Choi & Kim is a top-tier law firm in Korea, providing legal services in the areas of insurance, maritime and cross-border litigation. Insurance law is one of the firm’s main practice areas. As a leading practitioner in the areas of specialty insurance – such as property all risks, financial institutions' professional indemnity, directors' and officers' liability and banker's blanket bonds – the firm provides top-quality advice and professional services to its clients. Maritime law is also one of the firm’s main practice areas. Choi & Kim represents various owners and protection and indemnity clubs in major maritime cases in Korea.

D&O policies were first introduced in the Republic of Korea in 1991. The Korean corporations that survived the 1997 Asian Financial Crisis were forced to make substantial changes by globalisation and faced growing awareness of shareholder rights and shareholder activism. The Korean Supreme Court’s judgment in 2005 in a shareholder derivative action filed against Samsung Electronics, and an out-of-court settlement in 2011 following a trial court’s ruling in a shareholder derivative action against Hyundai Motor Company, among other litigations, generated a great deal of interest in D&O policies in order to address the risks directors may face in their day-to-day business activities. The Financial Supervisory Service, Korea’s top financial watchdog, reported that premiums for D&O policies totalled USD26.9 million in the first half of 2018, accounting for 24.9% of all premiums for professional liability insurance policies (which totalled USD107.3 million in the same period).

From 2011 to 2014, Daewoo Shipbuilding & Marine Engineering (DSME), one of the world’s biggest shipbuilders, recorded operating income exceeding USD360 million. However, it was later discovered that the company did not properly recognise losses related to its aggressive bidding for offshore plant projects, and it had to eventually write off USD2.76 billion from its semi-annual report dated 17 August 2015.

As early as 15 July 2015, news media reported DSME’s suspected fraudulent accounting to the extent that it had not reflected cumulative losses of over USD1.8 billion incurred in its business in the offshore plant sector in the income statement. One media report even remarked, “There are opinions that DSME’s cumulative losses are attributable to window dressing, and it is difficult to preclude the possibility of a class action by investors.”

DSME sought to renew the D&O policy and was required by Meritz Fire & Marine Insurance (the lead underwriter for Policy II) to notify KB Insurance (the lead underwriter for Policy I) of the possibility of an insurance claim arising from the reported accounting shenanigans. On 22 July 2015, DSME sent an e-mail to KB Insurance which stated that “In respect of the 2015 renewal of the D&O policy, we notify you of a possibility of an insurance claim concerning the recent media reports on our company’s second quarter performance.” It should be noted, however, that the official notice did not specifically mention the nature of the wrongful act at issue, the details of the expected claim, or the expected claimant. On 10 August 2015, KB insurance asked DSME in writing to provide more information regarding the foregoing notice because the notice failed to satisfy the requirements for Reporting and Notice set forth in Article 11 of Policy I, but DSME did not reply to KB Insurance’s request.

The Korean Commercial Code provides that corporate directors (including external directors) who were derelict in their duties, through bad faith or recklessness, shall be held jointly and severally liable for damages to such third parties as investors. The representative director and the chief financial officer of DSME, as well as accountants of Deloitte Korea and others who had been involved, were indicted and found guilty for violation of the Act on External Audit of Stock Companies, violation of the Financial Investment Services and Capital Markets Act, breach of trust, fraud, and so forth.

DSME’s outside directors filed lawsuits against both KB Insurance and Meritz Fire & Marine Insurance, seeking reimbursement of the legal costs incurred during the civil suits. The insurers recognised that those external directors, who were found not to have any intent to engage in DSME’s accounting window dressing, were entitled to claim reimbursement. Which insurer should bear the liability, however, remained an issue.

The policy that DSME purchased was in the Chubb form, which included a Reporting and Notice clause: “The insured shall, as a condition precedent to exercising their rights under this policy, give to the company such information and co-operation as it may reasonably require, including but not limited to a description of the claim or circumstances, the nature of the alleged wrongful act, the nature of the alleged or potential damage, the names of actual or potential claimants, and the manner in which the insured first became aware of the claim or circumstances.” It is noteworthy, however, that the official notice that DSME sent to KB Insurance on 22 July 2015 lacked the detail required by this clause.

The US courts have held that notifications of circumstances should be strictly construed. A case in point is FDIC v Caplan, 838 F. Supp. 1125 (W.D. La. 1993), in which the US District Court for the Western District of Louisiana held “…the policy’s notice provisions must be strictly construed to ensure that the insured could not, through a broadly phrased ‘notice of claims,’ unilaterally expand the insurer’s risk beyond that agreed in the contract of … insurance”, and ruled to the effect that an unspecific, vague notice is not an adequate notice of the circumstances as required by a D&O policy.

According to the Korean Commercial Code, bad faith or recklessness on the part of the insured is required in order for the insurer to rely on an exclusion clause. A condition precedent clause or a prior approval clause, if applied liberally, may end up placing the insurer under the umbrella of the exclusion clause even following mere ordinary negligence on the part of the insured, so the binding power of such a clause is recognised only when it is specifically indicated and explained. Indeed, there was a case in which the condition precedent clause and the prior approval clause of a D&O policy were declared invalid by the Korean Supreme Court due to breach of the duty to explain. The Court held that the provision in a General Guide, containing abstract and broad-brush content, would not satisfy the duty to explain. The fact that an insurance contract has been renewed every year with the same conditions is also not sufficient to lead to recognition of the discharge of the duty to explain.

Furthermore, there was another issue as to whether or not a criminal prosecution can be regarded as a "claim" with regard to a D&O policy that promises coverage for damage occurring in respect of the first-ever claim. The Korean Supreme Court held that “The policy conditions do not provide for the definition of a claim, and, in light of the purpose of directors’ and officers’ liability insurance (which is intended to respect directors’ and officers’ business judgments and alleviate their burden with regard to legal liability), their being brought to civil court due to a damages claim cannot be deemed different from their being brought to criminal court due to prosecution, if for their work-related acts”, and ruled that a criminal prosecution is tantamount to a "claim".

Korean courts, in principle, would recognise the binding force of the terms of a D&O policy. However, the terms may be found not binding if a condition precedent clause and prior approval clause, each of which allows the insurer to be free of liability for a more relaxed reason than for the basic principle (bad faith or recklessness), are not notified to the insured in a proper manner. Insurers and brokers are advised to keep that in mind during underwriting process.

Choi & Kim is a top-tier law firm in Korea, providing legal services in the areas of insurance, maritime and cross-border litigation. Insurance law is one of the firm’s main practice areas. As a leading practitioner in the areas of specialty insurance – such as property all risks, financial institutions' professional indemnity, directors' and officers' liability and banker's blanket bonds – the firm provides top-quality advice and professional services to its clients. Maritime law is also one of the firm’s main practice areas. Choi & Kim represents various owners and protection and indemnity clubs in major maritime cases in Korea.