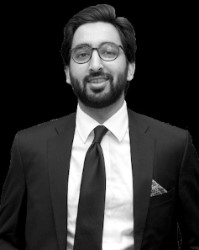 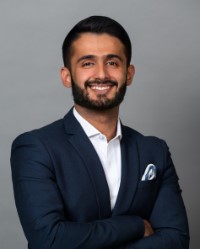 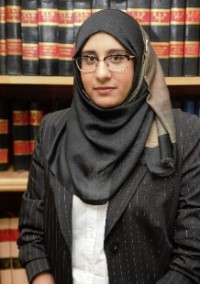 ABS and Co provides a broad range of legal services ranging from corporate advisory and transactional matters to dispute resolution and international arbitration. The firm's dispute resolution practice provides clients with legal advice on all sorts of contentious matters covering a diverse range of areas that cut across different sectors, industries and jurisdictions. The firm's clients include sovereign governments, multinational corporations, high net worth individuals and other public and private sector companies. Besides representing them before various international forums such as the International Court of Justice, the United Nations General Assembly Ad-hoc Committee and other international bodies, including handling international commercial arbitrations and investor-state disputes under ICC, ICSID, LCIA, the team has also assisted representations before the domestic courts of other countries, such as the United States Federal Court and the United Kingdom Commercial Court, Doha Court, Muscat Court and Turkey’s Commercial Courts.

Pakistan’s judicial system is known for being inefficient, slow and cumbersome. The Federal Board of Revenue, Pakistan’s premier tax agency, recently claimed that it has more than PKR1.8 trillion of tax revenue stuck in courts due to pending litigation. Enforcement of contracts through the regular court system is weak. This is reflected in the country’s rankings by the World Bank’s Ease of Doing Business where Pakistan is ranked 156 out of 190 countries.

Recent developments in litigation are driven by the desire to improve this perception. Efforts have been made to:

Civil disputes in Pakistan are governed by the Code of Civil Procedure of 1908 (CPC). Although this law was originally passed at the federal level, the subject has since long been devolved to the provinces who are competent to legislate on the issue. During this time, provinces have tweaked the CPC here and there, and while the country shares a common code that regulates civil procedure, it does differ in its application from province to province depending on the amendments made by the respective provinces. Largely, however, the CPC remains unchanged.

Considering the delay that infects Pakistan’s system of civil justice that is now well documented and reported, there is an increasing realisation at the highest levels of the state for the need to update the civil procedure in order to bring it in line with international best practices. The CPC is divided into two parts: sections and orders. While sections can only be amended by provincial legislation, orders can be amended by the provincial High Courts who superintend and supervise all courts of original civil jurisdiction below them.

Recently, several provincial governments and their High Courts have taken initiatives to bring judicial reforms in order to address the problems. In Punjab, for instance, the Rule Committee led by Justice Qazi Amin-ud-din of the Lahore High Court recommended changes in 74 sections of the CPC. According to the committee’s recommendations, all cases of civil nature should ordinarily be decided in three to six months while stay and other miscellaneous applications could be disposed of in a week’s time.

Keeping these recommendations in mind, Punjab’s Provincial Assembly enacted the Code of Civil Procedure (Punjab Amendment) Act 2020, introducing important changes to the process of a civil trial. The defendant must now file a written statement within 30 days from the date of his appearance in court or else the defendant loses the right to defend their case. Likewise, the amendments impose an obligation on courts to speed up trials. Under Section 26B (1) of the CPC, the court is required to frame issues within seven days of the filing of a written statement by the defendant.

Moreover, as per Section 141(2) of the CPC, an interlocutory application, application for the rejection of the plaint or dismissal of a suit can no longer be used as a delaying tactic to halt the proceedings in the suit or to dispense with or waive the requirement of filing a written statement within the timelines as provided in this CPC. An amendment has also been introduced with regards to the swift decision of appeals from civil courts. Section 96(1) of the CPC now obliges the court to decide the appeal within 60 days.

Further, parties have also been given the option of filing written arguments within the prescribed timeline instead of making oral arguments. The process of summons has also been changed. These can now be issued through electronic devices.

The Federal Government has also worked pro-actively to introduce similar changes in the Federal capital of Islamabad and such changes are also afoot in other provinces. While these changes are being introduced in a piecemeal fashion, it is too early to say if this will end up improving the performance of the judicial system or if this will also end up as another botched attempt at reforming Pakistan’s system of civil justice.

The High Court in collaboration with the Planning and Development Board, the Government of Punjab and Punjab Judicial Academy proposed a Commercial Court Act under which special courts for commercial and business needs will be established. These commercial courts across the province are aimed at resolving business disputes within a single year instead of allowing them to be dragged on for several years. In this regard, arrangements are being made by the Punjab Judicial Academy in collaboration with Planning and Development Board and the World Bank Group to organise training workshops for judges who will be appointed to these specialised courts.

It is expected that the creation of these courts will make an important difference in resolving commercial disputes in a timely manner. This in turn will help reduce the backlog of cases in ordinary courts and improve investor confidence in the judicial system.

Both the bar and the bench have in recent years begun to embrace technology. The outbreak of COVID-19 has accelerated this transformation as it has led to an increased demand in cloud-based work. Public and private sector organisations have introduced new systems and accepted changes to working practices in order to survive.

The face of litigation is also changing. In July 2020, the Supreme Court of Pakistan heard cases through video link for the first time. Lawyers sitting in Karachi can now argue before the Supreme Court without having to undertake a trip to Islamabad. The Islamabad High Court is one of the first High Courts of Pakistan which has launched its first online e-court system. The Chief Justice also hears cases through video links. This was unimaginable a few years back.

Arbitration is a popular mode of dispute resolution for commercial and construction contracts in Pakistan. In major projects, use of FIDIC contracts is fairly common. This is so even though the main law governing arbitration, the Arbitration Act of 1940, is archaic and in need of a major overhaul. Arbitration centers are now beginning to spring up. Centre for International Investment and Commercial Arbitration (CIICA) is one such example.

It is highlighted that Pakistan has signed and ratified the New York Convention, ie, Convention for the Recognition and Enforcement of Foreign Arbitral Awards. As a dualist list, the convention is being implemented through the Recognition and Enforcement (Arbitration Agreements and Foreign Arbitral Awards) Act, 2011. It provides that foreign judgements and awards by or between the nationals of contracting states are to be enforced without questioning the validity of the same except on the grounds explicitly provided for in the Convention.

While arbitration was always the most popular choice for commercial disputes, there is an increasing emphasis on encouraging ADR in ordinary cases as well. Recent amendments in Punjab require courts to encourage mediation and conciliation. Mediation centers are being setup and a list of certified mediators and arbitrators is being compiled to whom disputes may be taken for out of court settlement. A settlement reached in this manner is stamped by the court through its decree.

Going forward, this area is likely to become even more important.

ABS and Co provides a broad range of legal services ranging from corporate advisory and transactional matters to dispute resolution and international arbitration. The firm's dispute resolution practice provides clients with legal advice on all sorts of contentious matters covering a diverse range of areas that cut across different sectors, industries and jurisdictions. The firm's clients include sovereign governments, multinational corporations, high net worth individuals and other public and private sector companies. Besides representing them before various international forums such as the International Court of Justice, the United Nations General Assembly Ad-hoc Committee and other international bodies, including handling international commercial arbitrations and investor-state disputes under ICC, ICSID, LCIA, the team has also assisted representations before the domestic courts of other countries, such as the United States Federal Court and the United Kingdom Commercial Court, Doha Court, Muscat Court and Turkey’s Commercial Courts.