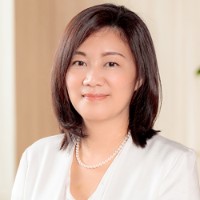 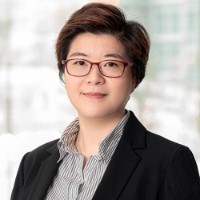 Lee and Li, Attorneys at Law is the largest full-service law firm in Taiwan and was established in 1965. The firm has offices in Taipei, Hsinchu, Taichung, and Kaohsiung, and has alliance firms in Beijing and Shanghai. Its Life Sciences practice group has around 50 members who are experienced in handling matters involving drug/medical device-related procurement, price investigations, reimbursement price determination/adjustment, price and volume agreements/managed entry agreements, clinical trials, marketing and promotion, product registration, industrial codes, and patent protection. Its Competition Law, Labour Law, Tax Law, and IP Enforcement practice groups work in close co-operation with the Life Sciences group to ensure the coverage of services needed in this industry.

A New Era for the Taiwan Medical Device Regulatory Regime

Both drugs and medical devices have been jointly regulated under the Pharmaceutical Affairs Act (PAA) in Taiwan since the PAA's enactment in 1970; however, the PAA's regulatory framework is more relevant to drug products. Given the different nature of drugs and medical devices, the new and diverse development in the medical device industry in recent years, and the need to harmonise the local law with global practices, the regulatory authority (ie, the Taiwan Ministry of Health and Welfare (MOHW)) started to evaluate the need to set up a law specifically for the management of medical devices in 2014 and proposed a draft of the Medical Devices Act (MDA) in December 2017. The MDA was passed by the Taiwan congress (ie, the Legislative Yuan) in December 2019, announced by the President in January 2020, and came into effect in May 2021 as announced by the Taiwan cabinet (ie, the Executive Yuan). After the enactment of the MDA, the provisions relating to medical devices in the PAA ceased to be effective. Together with the enactment of the MDA, the MOHW and its subordinate agency, the Taiwan Food and Drug Administration (TFDA) has promulgated a set of regulations under the MDA to provide further implementation details of the MDA; most of which regulations also came into effect by or before May 2021. The MDA and its subordinate regulations mark a new start for medical device management in Taiwan.

Broadening the scope of industry players

Under the PAA, medical devices are divided into three risk classification levels (ie, Classes I, II, and III), from low-risk to high-risk. Such classification remains in the MDA. Nonetheless, in the PAA, prior to the manufacture and/or import of a medical device regardless of its classification, an MA issued by the authority (ie, the TFDA) for said medical device should be obtained by means of an MA application process (ie, submission of detailed documents, particularly the free-sale certificate and/or clinical trials data, as required). In this respect, under the MDA, certain low-risk Class I medical devices announced by the TDFA could be manufactured and/or imported by simply listing said device online with the TFDA, and the listing can be renewed annually upon application. Such relaxation of the regulation of certain low-risk medical devices can accelerate the market launch process for medical device dealers/manufacturers and relieve the TFDA's workload so that the officials can spend their time and resources on more complicated applications.

While not specifically provided for in the text of the MDA, it is the clear legislative intent of the MDA, and of certain provisions of the Regulations Governing Issuance of Medical Device MA, Listing and Annual Declaration (MA Regulations; promulgated under the authorisation of the MDA), that fast-track review process for MA application is available for novel medical devices. In order to encourage the industry to develop novel medical devices that are helpful for protecting citizens' life and health, and which meet urgent and/or unmet clinical needs, the TFDA will accelerate the review process for such medical devices to allow the patients' earlier use of such products. Specifically, for such novel medical devices without significant risk, the medical device firm only needs to submit the most basic safety and efficacy testing results, and the TFDA will grant the MA while simultaneously ordering the MA applicants to conduct post-approval surveillance or a study. While the effective term of an ordinary MA is five years, the term of the MA for such novel medical devices approved under fast-track would be shorter and is to be determined by the TFDA based on the results of the above mentioned post-approval surveillance or study. The extension of the term also depends on such results. This new mechanism gives the industry players an incentive to develop novel medical devices while the authority can still effectively manage the risk through subsequent post-approval surveillance or study.

While it is required by the PAA that medical devices be supplied for use in clinical trials only after obtaining TDFA approval, the requirements for clinical trials of medical devices are not addressed in the PAA but provided in the Medical Device Good Clinical Practice Guidance (GCP Guidance), which guidance was promulgated by the TFDA without authorisation from the PAA. It is now clearly stipulated in the MDA that:

Nonetheless, other details of the requirements in the GCP Guidance have been included in the newly promulgated Regulations on Good Clinical Practice for Medical Devices (GCP Regulations) under the authorisation of the MDA, and the requirements in the GCP Regulations are generally aligned with international practice. It is also provided in the MDA that for medical devices without significant risks (as announced by the TFDA), the clinical trials thereof can be conducted without prior approval from the TFDA.

It is newly stipulated in the MDA that medical device firms and healthcare institutions should establish and maintain records on the direct supply source and flow of the high-risk medical devices (as announced by the TFDA). The traceability records of certain medical devices (as announced by the TFDA) will need to be submitted to the TFDA. Actually, the TFDA has been promoting such management through its Unique Device Identification (UDI) system since 2015; under the MDA, the UDI will become mandatory with different transition periods for certain Class II and III medical devices (ie, Class III implantable devices from 1 June 2021, Class III non-implantable devices from 1 June 2022, and Class II devices from 1 June 2023). For those medical devices subject to the UDI system, the traceability records should include the UDI. The traceability records should be preserved for three years, but for those that are required to be submitted to the TFDA as mentioned above, the records should be preserved permanently.

It is also newly enacted in the MDA that medical device manufacturers and dealers should establish quality management systems (QMS) and GDP regarding storage, transportation, distribution services, and staffing, respectively. Specifically, the detailed requirements are provided in the Medical Device Quality Management System Regulations (QMS Regulations) and the Medical Device Good Distribution Practices Regulations (GDP Regulations), newly promulgated; the standards in both regulations are prescribed with reference to the ISO 13485 so as to harmonise with global practice. A medical device manufacturer cannot commence the manufacture of a medical device without being issued QMS certification by the TFDA. For overseas manufacturers importing medical devices, the provisions regarding QMS requirements should apply mutatis mutandis (also known as the Quality System Documentation system; QSD). For such an overseas manufacturer, the TFDA may conduct an on-site inspection if necessary to determine whether it meets the QSD requirements; nonetheless, currently, due to the COVID-19 pandemic, the TFDA has ceased such overseas inspections. Similarly, a medical device dealer cannot commence the wholesale, import or export of medical devices before obtaining GDP certification from the TFDA. Manufacturing and selling cannot commence without a certificate issued by the MHW based on the results of an inspection.

Reporting of serious adverse events and other findings

It is briefly provided in the PAA that healthcare institutions, pharmacies, and pharmaceutical/medical device firms should report any serious adverse reactions caused by drugs or medical devices; however, the reporting of serious adverse events (SAE) is not addressed in the PAA. In this respect, the MDA more clearly requires that medical device firms and healthcare institutions should report any SAE to the TFDA upon becoming aware of them.

The MDA more broadly requires that upon finding that a medical device is likely to cause harm to human health, the MA/online listing holder of the medical device should immediately and proactively report to the TFDA and take corrective, preventive measures; such measures might include the preparation of alerts, replacement of parts and accessories, product testing, suspension of use, product recall, or other necessary measures. These measures should be disclosed in a reasonable manner to healthcare institutions, other medical device firms, and the users.

Post-marketing safety management by the TFDA

All these above post-marketing surveillance mechanisms should drive the medical device firms to maintain the safety and quality of their products and can better protect the safety of the users.

Under the PAA, a recall is required for any change in the packaging, instructions for use, and/or labelling of the medical device unless the products with pre-amended packaging, instructions for use, and/or labelling have been affixed with an examination stamp by the local authority. After the implementation of the MDA, such change will no longer trigger a recall of the products as long as the MA is still valid. This relaxation can relieve medical device firms from recalling products that have no actual quality or compliance issues.

The central competent authority may, upon receiving the report set forth in the preceding paragraph or on becoming aware of the likelihood of insufficient supply of necessary medical devices, register it on a public website.

Other than the above-mentioned new features, the rest of the MDA generally maintains the existing regulatory requirements for medical devices under the PAA; for example, the advertisement of medical devices would require prior approval by the local authority. Also, some requirements that had been implemented through the TFDA's previous interpretations, rulings, and/or guidance are now incorporated into the text of the MDA.

With the implementation of the MDA, the management of medical devices will become more flexible and at the same time stricter and clearer. The MDA also provides an incentive for innovative companies to join the industry and develop more products beneficial to patients, the healthcare industry and society more broadly.

Lee and Li, Attorneys at Law is the largest full-service law firm in Taiwan and was established in 1965. The firm has offices in Taipei, Hsinchu, Taichung, and Kaohsiung, and has alliance firms in Beijing and Shanghai. Its Life Sciences practice group has around 50 members who are experienced in handling matters involving drug/medical device-related procurement, price investigations, reimbursement price determination/adjustment, price and volume agreements/managed entry agreements, clinical trials, marketing and promotion, product registration, industrial codes, and patent protection. Its Competition Law, Labour Law, Tax Law, and IP Enforcement practice groups work in close co-operation with the Life Sciences group to ensure the coverage of services needed in this industry.