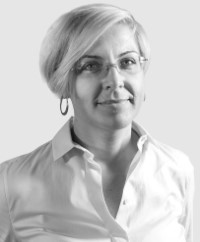 PPG Lawyers is a boutique law firm specialising in regulatory matters, including personal data protection and cybersecurity, competition and consumer protection, public procurement, tax and certain niche sectors such as TMT, energy, environment and life science. The Competition and Consumer Protection Department provides a full range of antitrust services, including co-operation and distribution agreements, unilateral behaviour of companies with market power, and merger control. The department’s work also covers unfair competition cases and it advises businesses on consumer protection matters. Services include consultations on different legal issues, as well as legal representation before the Bulgarian Commission for Protection of Competition and the competent courts. Clients are national and international but come in many sizes and from many different economic sectors.

The past two years have been marked by steps to modernise Bulgarian merger control. The first major amendments of the merger control system since 2008 took place in 2019–21.

Bulgarian merger control is regulated by the Bulgarian Protection of Competition Act (CPA) of 2008. The regulation has followed Council Regulation (EC) 139/2004 (the “EU Merger Regulation”), especially in terms of the control test (based on the EU concept of “decisive influence”), acquisition of control and calculation of turnover.

The CPA states that each M&A transaction resulting in a change of control over another undertaking (or undertakings), including the establishment of full-function joint ventures and pure foreign-to-foreign transactions, shall be notified before the Bulgarian Commission for Protection of Competition (CPC) if certain thresholds are met.

Notification is mandatory when:

The substantive merger assessment used to be based on the dominant test until 2021. In 2021 the CPA was amended, mainly owing to the implementation of the ECN Directive (EU) 2019/1 (the “ECN+ Directive”). The Bulgarian National Assembly took the opportunity to amend the substantive merger control test as well so some aspects of the merger control assessment proceeding could be improved. Following the CPA amendments, the CPC adopted the new Rules for Approval of Remedies for Preserving Competition in Concentrations between Undertakings (the “Rules for Remedies”), which replaced the old ones from 2011.

The New Substantive Test and Amendments in the Assessment Proceeding

The CPA’s amendments from 2021 have combined the substantive merger control test with that of the EU Merger Regulation.

Now a transaction involving notifiable concentration of economic activity (as defined by the CPA) shall be assessed by the CPC in view of its effect on competition. The CPC will only approve the transaction if it does not seriously impede effective competition in the relevant market; eg, it does not result in establishing or strengthening of a dominant position.

The CPC shall consider a particular set of factors to determine whether the notified transaction meets the above test. The market position of the undertakings concerned is no longer the leading factor following the 2021 amendments. It is just one relevant factor in the CPC's assessment.

The CPC will now assess the entire state of the relevant market before and after the concentration, including:

The CPC is also free to assess other factors that it deems relevant and approve a concentration that may seriously impede the effective competition (even if it establishes or strengthens a dominant position) under certain conditions.

The positive effects of such a transaction would need to outweigh the negative effects on competition – for instance, the transaction could potentially modernise a particular economic activity, improve the market structure or better meet the consumers' interests.

The amendments of the assessment proceeding reflect the introduction of the new assessment test. The two major examples concern the right of the notifying party to propose changes in the concentration's terms and the approval of measures to maintain effective competition when the concentration could potentially have anti-competitive effects on the relevant market.

The notifying party still may propose measures to preserve effective competition in the relevant market during Phase II. Following the CPA’s amendments, however, the CPC may appoint an independent controlling manager to monitor the implementation of any measure it approves.

The procedures for proposing changes to the concentration's terms in Phase I and for approving measures to preserve effective competition in Phase II proceedings are further regulated by the new Rules for Remedies adopted by the CPC in July 2021.

These new Rules for Remedies regulate the main principles, criteria and procedure for approving any changes to the concentration’s terms within Phase I or measures to preserve competition in Phase II that might be proposed by the notifying party should the notified concentration potentially raise competition issues.

The new Rules for Remedies are based on the practice of the EC and other EU member states’ national competition authorities. They define two types of measures that might be proposed in both phases of the assessment proceeding: structural and behavioural measures. The CPC considers structural measures easier to control.

In general, all measures should be:

All measures are approved after a “market test” in which the CPC surveys the competitors, suppliers and/or customers about the effectiveness of the proposed changes.

The CPC adopts with the Rules for Remedies proposal template, as proposing changes could delay both phases of the assessment proceeding. This template guarantees that the notifying party will provide all the information the CPC needs to assess the proposed measures easily. The entire Rules for Remedies template is based on the principle of close discussion between the notifying party and the CPC to make these measures effective and workable.

The new Rules for Remedies also regulate the procedure for proposing and approving an independent controlling manager (eg, a monitoring trustee or divestiture trustee). This is a new figure introduced in the latest CPA amendments.

The general purpose of this figure is to make it easier and more effective for the CPC to monitor and control any approved measures proposed within Phase II to preserve competition. The CPC has no experience of practising this type of proceeding yet.

Preparations for amending the Bulgarian merger control started approximately one year earlier when the CPC adopted a new notification template with guidelines for its completion.

This new notification template, together with the guidelines, was adopted by the CPC at the end of 2019. Nevertheless, the new template reflects the new merger assessment test. The template was just slightly adjusted in June 2021 and only to mirror in full the wording of the CPA’s new assessment provisions.

The template demands more detailed information about the structure and real business activity of the undertakings concerned and their economic groups, the relations between them and to the other market players prior to the concentration.

The parties must provide the CPC, according to this template, with more precise definitions of the relevant markets and how they relate to each other (ie, horizontally, vertically, or neighbouring related markets). More detailed market data is now required when the concerned undertakings’ aggregate relevant market shares exceed certain levels, depending on the relationship between the relevant markets.

This data will allow the CPC to assess how the respective merger will affect competition in the relevant markets, rather than just its effect on the market position of the undertakings concerned and their competitors, thanks to the new assessment test.

The CPC adopted the Rules for Pre-Notification Contacts for the first time before the CPA’s amendments at the end of 2020. The CPC had been recommending pre-notification contacts to the undertakings concerned long before these new rules were enforced in order to avoid delays during the assessment proceeding.

The notifying parties were hesitant to conduct such pre-notification contacts, owing to uncertainty how their information would be treated and the lack of written rules. The Rules for Pre-Notification Contacts give the undertakings concerned the opportunity to clarify with the CPC experts which information and pieces of evidence they should provide with the notification, especially in more complicated transactions. These pre-notification contacts might speed up the assessment proceeding and make it easier, among their other benefits.

The Rules for Pre-Notification Contacts outline what type of information can be discussed with the CPC prior to notification, what data should be provided in the discussion and when – as well as how – the discussion should be conducted. The pre-notification contacts cannot be used for receiving the CPC expert’s preliminary statements and opinion on the effects of the planned merger.

The main issues that can be discussed at the pre-notification meetings concern nearly all the information required by the notification template, such as:

The documents provided to the CPC should also relate to these topics and will be considered as confidential. Minutes for the meeting should be prepared at its end.

The CPC issued between 32 and 36 decisions in 2019–20 on concentrations of economic activity, while beginning 35 assessment proceedings. It is notable that the number of cases and decisions in 2020 did not differ from 2019, meaning the pandemic did not have much effect on the CPC’s merger control system. Nevertheless, these numbers are lower than 2016–17.

The economic sectors mostly subject to merger control by the CPC in 2019 were:

The sectors subject to merger control in 2020 were pharmacy, energy, and production and distribution of agriculture products. Individual transactions in 2020 continued to take place in economic sectors such as road construction and the importation and sale of motor vehicles.

The CPC prohibited two concentrations during the 2019–20 period in economic sectors of great public importance – state defence and energy. The concentration from the state defence sector was prohibited because the horizontal and conglomerate effects of the transaction could establish and strengthen the undertakings’ dominant position in relevant markets. The CPC found that the energy sector concentration may establish a dominant position due to conglomerate effects.

One sanction was imposed by the CPC in 2019 for early implementation of a concentration without notification. The CPC imposed another sanction on a notifying party in 2020 for not providing full, correct and comprehensive information.

PPG Lawyers is a boutique law firm specialising in regulatory matters, including personal data protection and cybersecurity, competition and consumer protection, public procurement, tax and certain niche sectors such as TMT, energy, environment and life science. The Competition and Consumer Protection Department provides a full range of antitrust services, including co-operation and distribution agreements, unilateral behaviour of companies with market power, and merger control. The department’s work also covers unfair competition cases and it advises businesses on consumer protection matters. Services include consultations on different legal issues, as well as legal representation before the Bulgarian Commission for Protection of Competition and the competent courts. Clients are national and international but come in many sizes and from many different economic sectors.