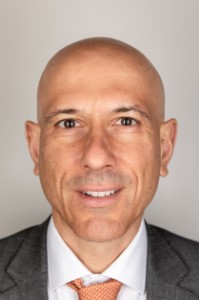 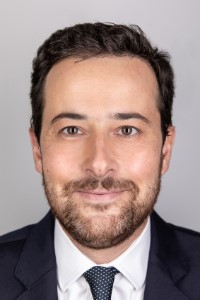 PLMJ combines a full service with bespoke legal craftsmanship. The firm has defended the interests of its clients effectively for more than 50 years by taking an innovative and creative approach to produce tailor-made solutions. PLMJ supports its clients in all areas of the law, often with multidisciplinary teams, and always acting as a business partner in strategic decision-making processes. The firm created PLMJ Colab, a network of law firms spread across Portugal and other countries with which it has cultural ties, with the aim of being close to its clients. The network collaborates internationally with firms specialising in the legal systems and local cultures of Angola, China/Macau, Guinea-Bissau, Mozambique, São Tome and Príncipe and Timor-Leste. PLMJ’s EU and competition team is undoubtedly one of the leading teams of its kind in Portugal, based on its track record and the seniority, qualifications and breadth of practice of its nine lawyers.

Competition authorities around the world are enforcing their merger control powers with increasing vigilance. Cases where authorities have sanctioned companies for gun-jumping constitute clear evidence of this.

“Gun-jumping” refers to a broad range of actions engaged in by parties to a transaction prior to the approval of a merger required from a competition authority. This occurs, in its simplest form, when the buyer controls a target before getting the green light from whichever competition authority or authorities have the power to review the transaction in question. A good example would be a prospective buyer exercising control over the target’s commercial conduct. The most extreme form of gun-jumping is completing a transaction without seeking the applicable merger control approvals.

The Portuguese Competition Authority (PCA) is going through the most active phase of enforcing its powers since it was established in 2003. Although this has been demonstrated most visibly in the antitrust space, there are signs that the PCA could become equally active in enforcing its merger control powers.

This article offers an overview of:

However, determining whether a transaction falls under the jurisdiction of the PCA is not always a straightforward exercise. This is because, in addition to turnover tests that are simple to apply, the prior notification of a transaction to the PCA can depend on the parties’ market shares in Portugal.

The following are three alternative thresholds under the Portuguese merger control rules. If one of these is met, the transaction must be notified to the PCA for prior approval.

The first step in applying the market share thresholds is to identify which “relevant markets” the parties’ are present in Portugal. A “relevant market” is a term of art in competition law that seeks to capture competition both on a product and/or service level and geographically.

The geographic scope of a relevant market for the purposes of establishing the PCA’s jurisdiction is national – even if actual market dynamics mean that competition for those products and/or services takes place on a regional or worldwide basis.

It can be challenging for parties to a transaction to conduct detailed analyses of this type, especially if they operate in small markets or in sectors for which there is no third-party market data to help define markets and assess market shares.

Parties also often find that the way they run their businesses or view the markets they operate in may not necessarily match the concept of a “relevant market” for the purposes of merger control.

Nevertheless, companies looking to do business in Portugal are advised to undertake a careful analysis of whether either market share threshold is met through a transaction.

As mentioned, the PCA is more active than it has ever been and, while this is most noticeable in the field of antitrust, there are signs that the PCA could become equally active in the enforcement of its merger control powers.

Sanctioning companies that fail to notify a transaction that meets one of the filing thresholds is an area where the PCA has become more active in the past two years.

Recent Enforcement of the Gun-Jumping Rules

The PCA first sanctioned parties that “jumped the gun” and completed a transaction prior to obtaining approval under the Portuguese merger control rules in 2014. Since then, it has adopted four further gun-jumping decisions. Three of the PCA’s five gun-jumping fines were in the past two years.

The parties that have been fined for gun-jumping in Portugal since 2014 are:

The above-mentioned fines are not as eye-catching as those imposed by the PCA for antitrust infringements. Fines totalling over EUR1 billion have been imposed in this area since 2016.

However, while clearly unafraid to use the full weight of its fining powers, the PCA is constrained by certain limits when setting the level of a fine for gun-jumping.

The first is a statutory cap of 10% of turnover, which is common across the EU. This means that no fine imposed by the PCA can exceed 10% of the infringing company’s previous year’s annual turnover.

Furthermore, as is the case with the EC and competition authorities in other member states, the PCA considers certain factors when determining the level of a fine, namely:

These key “drivers” of a potential fine are more likely to be limited in the context of gun-jumping infringements than antitrust infringements. Nonetheless, the PCA has publicly stated that it considers gun-jumping a serious infringement, so it would not be surprising if – in the short-to-medium term – companies found to have committed such an infringement get sanctioned more severely than in past cases.

What can companies do to reduce the risk of being investigated by the PCA for gun-jumping?

As noted, companies do not usually keep records or view their commercial activities within the prism of “relevant markets”.

Additionally, many multinational companies active in Portugal manage their operations regionally by combining their Portuguese and Spanish operations. This is often for perfectly good reasons: competition for the relevant products and services subject to a potential merger notification may take place across the Iberian peninsula and EU – or, in the case of certain products, at a worldwide level.

There are, however, a number of steps companies can take when determining whether the market share thresholds are met in Portugal that could mitigate the risk of a gun-jumping investigation and potential fine.

Should the PCA then request that parties involved in a transaction explain why a filing was not made, which it can and often does in practice, companies will be able to demonstrate that they seriously investigated whether a filing was required.

As long as this is based on reliable data, companies will be in a better position to avoid gun-jumping investigations and/or any fines if they undertake the steps outlined here.

Defining the relevant product market is, obviously, much more straightforward when there is clear decision-making practice from either the PCA or the EC. This is the fastest and most effective way to determine relevant markets and the merging parties’ market share in Portugal when assessing whether the market share thresholds are met.

Calculate national market shares based on all credible market segments

Where there is no or limited decision-making practice, or where such decisions no longer reflect market dynamics, parties should take a prudent approach. Calculating their shares in Portugal for all credible market segments is one possible way companies can determine whether any of the applicable thresholds are met.

Engage with the PCA

Parties can engage in confidential discussions with the PCA in situations where market information is limited or the precise scope of the relevant market is unclear.

One benefit of such discussions is that the parties stand to gain a clearer view of whether the PCA considers the market thresholds met and other aspects of the transaction that could lead to greater deal certainty, such as:

Any summary of current merger control trends in Portugal would be lacking without a reference to the fact that the PCA has a good recent track record of clearing non-complex cases quickly.

Merger reviews in Portugal have the following deadlines.

The PCA often clears transactions in three to four weeks in non-complex cases, such as where:

In addition to the fact that pre-notification in Portugal is relatively rare, companies should take the speed at which the PCA clears non-problematic transactions into account when assessing deal execution and certainty for mergers with a Portuguese nexus.

The PCA is an experienced and active competition authority. Its merger control unit reviews between 45 and 60 transactions each year and is staffed by competent and experienced staff.

The market share thresholds can be difficult to apply and can create deal uncertainty and execution risk, particularly in cases where there is limited or no data regarding parties’ market shares in Portugal.

However, the closing a deal prior to PCA approval of transactions that meet the applicable thresholds is considered a serious infringement by the PCA. Moreover, although the PCA’s fines for gun-jumping have been far more limited in the past two years than the fines it has imposed for antitrust infringements, enforcement of the merger notification rules are expected to remain one of the PCA’s priorities for the foreseeable future.

It is also fairly likely that the amount parties are fined for gun-jumping infringements will increase in the coming years – perhaps significantly. Therefore, companies entering into transactions that are either Portugal-based or connected to Portugal should undertake a careful assessment of whether their transaction meets the Portuguese notification criteria.

PLMJ combines a full service with bespoke legal craftsmanship. The firm has defended the interests of its clients effectively for more than 50 years by taking an innovative and creative approach to produce tailor-made solutions. PLMJ supports its clients in all areas of the law, often with multidisciplinary teams, and always acting as a business partner in strategic decision-making processes. The firm created PLMJ Colab, a network of law firms spread across Portugal and other countries with which it has cultural ties, with the aim of being close to its clients. The network collaborates internationally with firms specialising in the legal systems and local cultures of Angola, China/Macau, Guinea-Bissau, Mozambique, São Tome and Príncipe and Timor-Leste. PLMJ’s EU and competition team is undoubtedly one of the leading teams of its kind in Portugal, based on its track record and the seniority, qualifications and breadth of practice of its nine lawyers.