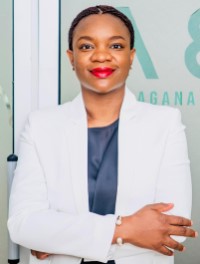 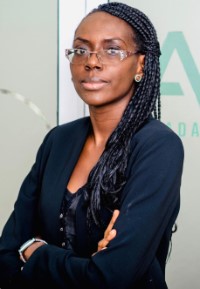 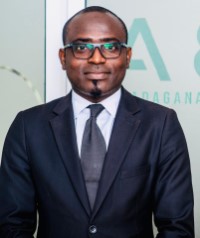 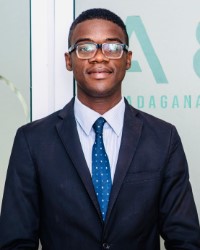 Amadagana & Partners (A&P) is a business law firm with a legal team of ten lawyers. A&P has its main office in Yaoundé, Cameroon, and a secondary office in Paris. In terms of mining expertise, A&P's lawyers have advised mining companies in legal and regulatory due diligence, as well as in the drafting and (re)negotiation of mining concessions, permits, and investment and partnership agreements. In the mining sector, the firm has advised many sponsors, including the developer in the main deal in 2020, involving the installation of a major mining group in Cameroon for exploration activities and with the target of developing the first operating mine in the country. Despite the complexity due to the absence of key regulatory texts, A&P has provided innovative solutions and key insights on the sector to its client. The firm has also contributed to setting up the Cameroonian mining association, which gathers the main operators of the mining sector in Cameroon.

1.1 Main Features of the Mining Industry

The mining industry in Cameroon is still under-exploited, despite the will of the government to make Cameroon one of the most important mining countries in Africa through the production, transformation and commercialisation of its mining resources for the socio-economic development of the country. Indeed, a small percentage of the mineral substances in its territory are exploited through artisanal mining; however, no industrial mining project is in operation.

The mining industry in Cameroon is mainly operated by individuals for artisanal mining and junior companies for industrial mining. However, the state also participates through SONAMINES, which is the public company in charge of the state’s interests in the share capital of mining companies.

The mining industry in Cameroon is attractive. The Mining Code, for example, establishes a system of fiscal and customs incentives for investors in both the exploration and exploitation phases of their mining projects.

The mining industry in Cameroon is in perpetual development and in permanent construction with the participation of different actors, notably the government, Parliament, mining companies, civil society and mining craftsmen.

The Cameroonian legal system is based on both civil law and common law.

Mining legislation in Cameroon (mainly Law No 2016/017 of 14 December 2016 on the Mining Code) is inspired by several sources, namely:

The EITI Standard is an international standard that aims at transparency for oil, gas and mining resources in different countries.

The Kimberley Process is an international rough diamond certification scheme that brings together governments, civil society and the diamond industry to prevent the purchase of diamonds on the world market by rebel movements to finance their military activities.

African Union mining general policies are mainly reflected under the Africa Mining Regime Vision, which is a common public policy document adopted at the African Union Heads of State Summit in February 2009 in Addis Ababa, Ethiopia, that aims at the fair and optimal exploitation of mineral resources for broad-based sustainable growth and socio-economic development.

The Dodd–Frank Act is a 2010 US law applicable to extractive companies listed on the US stock exchange.

However, mineral substances are an exception to this general principle as any mineral substance contained in the soil and subsoil of the territory of the Republic of Cameroon are the property of the state, which exercises sovereign rights therein in accordance with the provisions of the Mining Code. The state is the only authority entitled to grant mining permits.

1.4 Role of the State in Mining Law and Regulations

The state has several roles in mining in Cameroon:

The Cameroonian Constitution provides that the regulation of mining matters is a matter for the law.

However, mining rights are derived from the law (the Mining Code), the Mining Convention and the specifications of the exploration permit.

The granting authorities in Cameroon are the following:

However, there are cases of overlapping jurisdiction, notably in the following cases:

In accordance with the Mining Code:

2. Impact of Environmental Protection and Community Relations on Mining Projects

The procedure for carrying out an environmental and social impact study is performed by firms approved by the Ministry of the Environment, which, in turn, issues an environmental certificate of conformity at the end of the process. This procedure is formalistic and costly, as the fees required are substantial and the timeframe for the issuance of the environmental compliance certificate is very long.

There are protected areas in Cameroon. Indeed, the issuance of an exploitation permit is subject to the prior completion of hydrogeological, geophysical, bacteriological and physico-chemical studies that define the conditions of exploitation and the vulnerability studies of the water table in order to determine the protection and security perimeter.

The protection zones may be established by the Minister in charge of mines in liaison with the administrations concerned; within which, prospecting, research and mining of mineral substances or quarries are prohibited.

The Mining Code addresses the issue of community relations in the context of mining projects by taking into account the impact of these projects on the economic, cultural, industrial and technological development of Cameroon and, more specifically, on the development of human resources and the development of local businesses, industries and youth employment.

2.4 Prior and Informed Consultation on Mining Projects

Prior consultation is mandatory and is done by the investor in co-operation with the state and regional and local authorities, and civil society.

There is no community that enjoys special protection in Cameroon.

It is usual to have community development agreements in Cameroon referred to under the relevant mining agreement.

Indeed, the local populations affected by the project must be consulted first for the allocation of the land necessary for the exploitation of the mineral substances and secondly to identify the needs of the locality and finalise the local content in the agreement.

Mining regulations in Cameroon include numerous rules relating to governance and transparency stemming from the EITI and the Kimberley Process, as well as provisions relating to respect for the environment or at least the requirements of sustainable development.

Good examples are not relevant to provide, as the majority of industrial projects are still at the structuring phase.

3. Impact of Climate Change and Sustainable Development on Mining

Theoretically, initiatives to address climate change affect the mining industry to the extent that they prevent or reduce mining activities in certain areas on the one hand, and require environmental compliance in the case of mining activities on the other.

There is no climate change legislation related to mining that has been adopted or is under discussion.

Several initiatives for the achievement of sustainable development objectives, notably measures related to the fight against climate change, exist in Cameroon:

4. Taxation on Mining and Exploration

Mining exploration and exploitation in Cameroon is subject to the General Tax Code and to a specific regime granting tax and customs advantages to mining companies.

The General Tax Code requires mining companies to pay the taxes and duties applicable to all companies, particularly corporate tax. In addition, during the exploration phase, the mining company is required to pay specific taxes such as the fixed fee for the allocation of exploration permits. This fixed fee is based on the surface area of the requested exploration perimeter and the annual surface royalty is payable no later than January 31st of each year.

During the exploitation period, the holder of the mining title is subject to a state concession fee at the beginning of each financial year. The cost of the royalty depends on the surface area of the mining title. However, an ad valorem tax will be paid on each mined resource.

The mining legislation does not distinguish between the taxation of national and international investors.

The Mining Code grants several advantages to mining companies depending on whether they are in the exploration or exploitation phase.

Tax incentives in the research phase:

Tax incentives in the exploitation phase:

4.3 Transfer Tax and Capital Gains on the Sale of Mining Projects

Transfers or capital gains on the transfer or sale of a mining project are subject to a 15% capital gains tax. This levy applies to all transfers, even outside Cameroon.

5.2 Foreign Investment Restrictions and Approvals in the Exploration and Mining Sectors

There are no special rules for the approval of foreign investments in Cameroon subject to declarations to the central bank and Ministry of Finance. However, there are restrictions for foreign investors in the mining sector in Cameroon.

Indeed, foreign legal entities and individuals operating in the mining sector cannot obtain a mining title in Cameroon unless they have an incorporation in Cameroon.

To this effect, they cannot carry out any of the mining activities carried out by an artisanal miner, an operator holding a reconnaissance permit, a research permit, a small mine permit or an industrial mine permit without a company registered in Cameroon.

Cameroon is not party to any treaty that specifically promotes and protects mining investments, but to treaties that promote and protect investments in general, including in the mining sector. The conventions are as follows:

5.4 Sources of Finance for Exploration, Development and Mining

Exploitation activities in Cameroon are generally financed by international lenders specialised in the mining sector.

5.5 Role of Domestic and International Securities Markets in the Financing of Exploration, Development and Mining

The roles of the international and national securities markets are as follows:

Security interests in mining titles or in assets related to them do not have any particular characteristics.

Following the example of common law securities enshrined in the OHADA Uniform Act on Securities of 15 December 2010, securities on mining titles are characterised by their accessory nature. Indeed, they guarantee the repayment by the mining operator of the loan granted by the lender(s).

6.1 Two-Year Forecast for the Mining Sector

In the coming years, the government intends to carry out the following projects:

The outbreak of the COVID-19 pandemic did not have a major impact on mining regulations.

Amadagana & Partners (A&P) is a business law firm with a legal team of ten lawyers. A&P has its main office in Yaoundé, Cameroon, and a secondary office in Paris. In terms of mining expertise, A&P's lawyers have advised mining companies in legal and regulatory due diligence, as well as in the drafting and (re)negotiation of mining concessions, permits, and investment and partnership agreements. In the mining sector, the firm has advised many sponsors, including the developer in the main deal in 2020, involving the installation of a major mining group in Cameroon for exploration activities and with the target of developing the first operating mine in the country. Despite the complexity due to the absence of key regulatory texts, A&P has provided innovative solutions and key insights on the sector to its client. The firm has also contributed to setting up the Cameroonian mining association, which gathers the main operators of the mining sector in Cameroon.