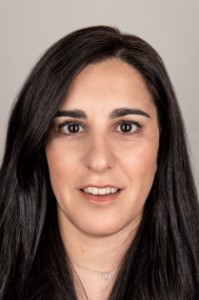 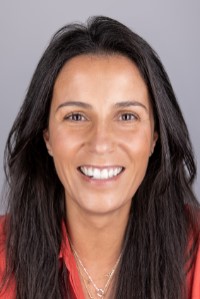 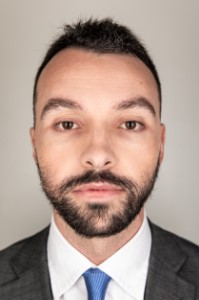 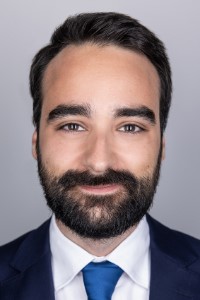 PLMJ is a law firm based in Portugal that combines a full service with bespoke legal craftsmanship. For more than 50 years, the firm has taken an innovative and creative approach to producing tailor-made solutions to effectively defend clients’ interests. The firm supports its clients in all areas of the law, often with multidisciplinary teams, and always acting as a business partner in the most strategic decision-making processes. With the aim of being close to its clients, the firm created PLMJ Colab, its collaborative network of law firms spread across Portugal and other countries with which it has cultural and strategic ties. PLMJ Colab makes the best use of resources and provides a concerted response to the international challenges of its clients, wherever they are. International collaboration is ensured through firms specialising in the legal systems and local cultures of Angola, China/Macau, Guinea-Bissau, Mozambique, São Tome and Príncipe and Timor-Leste.

The Portuguese Economy at a Glance

By June 2021, economic forecasts for European Union member states were starting to recover from the COVID-19 pandemic and its effects, with the Portuguese economy being expected to grow by 5.1% in 2022. With the launch of the war in Ukraine in early 2022, those expectations have changed and while the global consequences of that event are still being assessed, the future is less bright than initially anticipated. Nonetheless, the Portuguese Public Finance Council and Central Bank projections indicate that the Portuguese economy will grow by 6.7% in 2022 and continue to benefit from the recovery in tourism and private consumption. The Portuguese economy was marked by an early recovery from the pre-pandemic level, which occurred in the first quarter of 2022, and by a subsequent deceleration reflected in a relative stabilisation of GDP in the second quarter of that year.

However, the war has had several effects that are hitting the EU economy both directly and indirectly, causing lower economic growth than previous estimates indicated and contributing to climbing inflation. Energy and food commodity prices have been rapidly increasing and this has reduced the purchasing power of households and triggered the need for a faster monetary policy response. On the European level, the ECB has consecutively raised interest rates benchmarks, which have risen by two full percentage points in just three months – a distance that took 18 months to cover during its last extended hike in 2005–07. In its latest forecast, the Portuguese Central Bank estimates that inflation will rise to 7.8% in 2022, largely as a reflection of external price pressures. This context of rising interest rates to contain the highest inflation seen in decades heaps new pressures and demands on project finance. According to the Portuguese Central Bank, the financial environment has been deteriorating through increases in inflation and interest rates, which have adverse effects on real disposable income. These effects have been mitigated in 2022 by the good performance of the labour market. This is reflected in the dynamism of employment and nominal wages, as well as in the increase in the activity rate to historically high levels. The resilience of private consumption also stems from the channelling into spending of part of the savings accumulated by households during the pandemic crisis, as well as from support measures. In contrast, investment is growing only slightly, stemming from greater uncertainty, supply constraints and rising financing costs. Exports, led by the services sector, maintained a significant recovery, but decelerated quarter after quarter.

Governments have been taking measures to accommodate the effects of inflation. Specifically, the Portuguese government announced measures aimed at households, retirees, and pensioners, as well as businesses. The business measures include:

Portugal’s significant public and private debt continues to be one of the main macroeconomic risks to be monitored and tackled. A delay in the economy’s recovery may increase the risk of insolvencies in the business sector, and this, in turn, may lead to an increase in unemployment and a decrease in household income. Added to their historically high indebtedness, this increases the risk of non-performing loans, in particular, after the end of the loan moratorium granted in the first half of 2020. The high level of indebtedness of companies, households and government may affect the current favourable financing conditions of the Portuguese economy.

Nevertheless, the resilience of the business sector should be highlighted. Portuguese companies were restructured in the aftermath of the sovereign debt crisis and they are now less indebted and better prepared to face an economic cycle that is expected to present challenges.

In Portugal, project finance is typically put in place for the long-term financing of the construction and operation, either public (public-private partnership - PPP) or private (private finance initiatives - PFI), of capital-intensive projects.

The projects usually covered by this type of arrangements are in the areas of:

There are no specific rules, other than the general rule of law, that govern the private finance initiatives. Nonetheless, public-private partnerships, apart from any regulatory framework that needs to be complied with, are governed by Decree-Law 111/2012 of 23 May. This Decree-Law sets out the rules applicable to structuring, launching, tendering, renegotiation, amendment and supervision of PPPs.

According to UTAP, the road sector – that is, motorway infrastructure and concessions – continues to stand out in the Portuguese public-private partnership space as the one with:

This demonstrates the previous political appetite for the PPP model to leverage the expansion of the National Road Network (RRN), particularly of the National Highway Network (RNA) in the 1990s and 2000s (no new motorway PPPs have been launched since 2009).

Most motorway concession and sub-concession contracts awarded are entered into for a long term (about 30 years), expected to end between 2028 and 2040, are now in full operational phase and are currently recovering from the significant hit suffered during the general lockdowns dictated by COVID-19 pandemics.

Apart from the road sector, the last 20 years have seen an increase in new foreign private finance initiatives, particularly in the renewable energy sector. These include solar and wind projects, initially in the greenfield stage and now through refinancing deals of renewables portfolios. The promotion of energy transition by supporting renewable energy has been a strategic goal of Portugal, particularly in electricity. Currently, Portugal is the EU country with the fifth highest level of incorporation of renewables in electricity. The absence of a feed-in tariff in most recent wind and solar projects has made it more demanding to put project financing in place. On the other side, the refinancing of several large older portfolios has been a trend in recent times.

In addition, the Portuguese project finance ecosystem has also been witnessing:

The Portuguese government announced the launch of three concessions – which are likely to have a PPP framework – for the building, financing and maintenance (DBFM) of a high-speed railway line that will link Porto to Lisbon. The first phase of this project is scheduled to be completed by 2028 and involves the construction of the stretch between Porto and Soure. The second section, between Soure and Carregado, will be completed by 2030. The third phase, between Carregado and Lisbon, will be constructed later, but the contracting model has not yet been announced.

The design, building, operating and maintenance of a second airport in the Lisbon area is also a highly anticipated infrastructure project. This is because it is essential to increase airport capacity in the region which, in 2017, exceeded demand estimates and indicators. The government recently approved the creation of an independent technical committee to carry out the strategic environmental assessment of the future Lisbon airport, with high-level discussions underway to determine its location and the solution to be adopted among several possibilities.

It is also expected that renegotiations of public-private partnerships and arbitration proceedings will follow requests for financial rebalancing, which were submitted by concessionaires in various sectors on the grounds of the COVID-19 pandemic and the curfew and lockdown measures adopted.

On another level, the European Union has already identified the need to put in place suitable planning to address infrastructure bottlenecks in the coming years. In Portugal, the investment focus would be on:

Additionally, the digital transition leveraged by the COVID-19 pandemic and the greater awareness of investors in relation to ESG (environmental, social and governance) matters will open up new opportunities not only in the technology sector, but also in the energy sector (solar, wind, hydro and hydrogen) and public transportation.

Considering that Portugal has made a commitment to becoming carbon neutral by 2050, the RRP also highlighted the need for energy transition by supporting renewable energy sources, in particular, hydrogen and other renewable gases with investments amounting to EUR185 million.

An investment of up to EUR3.5 billion is being made to create one of the largest data processing centres in Europe, with a useable capacity of 450 MW. The capacity to generate renewable energy at competitive costs in Portugal, and specifically in Sines, was a decisive factor in the choice of the site by the sponsors of the project, as 100% sustainable energy supply is an absolute requirement for success in this type of project.

Moreover, the market for green bonds has been consistently growing in Portugal, with several companies looking to diversify their financing sources by issuing bonds aimed at financing or refinancing new and existing renewable energy projects and energy efficiency projects (including biomass, wind, solar, decentralised generation and storage), M&A transactions within the renewable energy sector, and other related and supporting expenditures. As an example, Greenvolt recently issued EUR100 million in green bonds to be distributed not only to institutional investors but also small investors.

Lastly, there are great expectations in respect of the several hydrogen projects that have been announced or are expected to start being developed in the next few years.

In summary, even though project finance in Portugal may have been facing some challenges, the outlook is becoming more favourable as different activities that may be developed or implemented through such financing schemes are identified.

PLMJ is a law firm based in Portugal that combines a full service with bespoke legal craftsmanship. For more than 50 years, the firm has taken an innovative and creative approach to producing tailor-made solutions to effectively defend clients’ interests. The firm supports its clients in all areas of the law, often with multidisciplinary teams, and always acting as a business partner in the most strategic decision-making processes. With the aim of being close to its clients, the firm created PLMJ Colab, its collaborative network of law firms spread across Portugal and other countries with which it has cultural and strategic ties. PLMJ Colab makes the best use of resources and provides a concerted response to the international challenges of its clients, wherever they are. International collaboration is ensured through firms specialising in the legal systems and local cultures of Angola, China/Macau, Guinea-Bissau, Mozambique, São Tome and Príncipe and Timor-Leste.