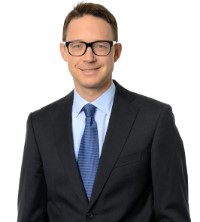 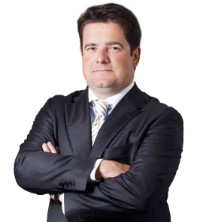 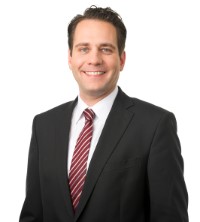 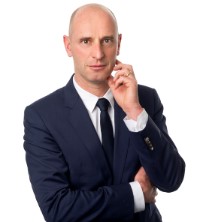 In 2022, the Swiss securitisation market proved to be very robust with new Swiss asset-backed securities (ABS) being issued and securitisations of trade receivables continuing to be a reliable source of funding for domestic originators. In addition, there were several public issuances of domestic covered bonds under existing programmes and a first-time issuer of covered bonds entered the Swiss market in 2022. While the measures enacted in Switzerland to address the COVID-19 pandemic had been lifted by the end of March 2022, the effects of the pandemic still impact the Swiss securitisation and asset-backed securities market.

The Market During the COVID-19 Pandemic

The COVID-19 pandemic disrupted markets across the world and Swiss debt and ABS capital markets were also affected. On 16 March 2020, the Swiss Federal Council declared an “extraordinary situation” and introduced more stringent measures, including the lockdown of schools, shops, restaurants, bars, and entertainment and leisure facilities. The Swiss government passed various regulations in response to the COVID-19 pandemic, including measures to avoid bankruptcies of businesses which may arise as a consequence (eg, availability of an emergency moratorium for small and mid-cap size businesses of up to six months, subject to less formal requirements than a general composition moratorium, and temporary standstill measures). Most of these regulations have been implemented into a law that has been approved by parliament and by popular vote.

As of 1 April 2022, the Federal Council declared the end of the “extraordinary situation”, with the remaining measures having been lifted by that date.

Following the announcement of the lockdown, originators, issuers, investment banks and rating agencies monitored the portfolios under ongoing transactions more closely. The outbreak of the COVID-19 pandemic had a massive impact on the ability of originators to originate new assets during the months of March, April and May 2020. Since essentially all structures in Switzerland are revolving transactions, originators in Switzerland started working on contingency plans to ensure a proper replenishment of the portfolios or to further allow the substitution of assets by cash. However, in June 2020, business picked up quite smartly and portfolios started to grow again. For example, in the auto lease sector, June, July and August 2020 were again record months for some originators.

However, portfolios proved to be stable. Accordingly, public ABS transactions proved to be very robust, even during the crisis. By Spring 2021, the situation had deteriorated again and auto lease companies have experienced difficulties since then to cover a very high demand as a consequence of disruptions in the supply chains and the delay in delivery of new vehicles.  However, ongoing transactions continued to be on track and new issuances of public ABS were performed in 2022.

As a consequence of rising interest rates, yields on corporate and government bonds have generally increased and coupons on new issuances tend to be higher compared to issuances performed during the negative interest environment. This holds true not only for corporate bonds, but also for securitisation transactions and ABS. As a consequence of the demand for higher coupons, the financial modelling and structuring of new securitisations and ABS issuances has become more challenging, in particular for securitisations of income-generating assets that were originated in the low interest rate environment, with such pools of assets providing for relatively low yields compared to the increased funding costs under new issuances.

Under the negative interest rate environment that prevailed during the previous years, corporate bonds provided for very low yields and proved to be an extremely efficient funding source for corporate issuers (even in case of a relatively low rating of the issuer). Also, for asset managers, unsecured bonds are typically simple instruments and internal processes for getting to an investment decision are very efficient as opposed to structured transactions and ABS, which are slightly more complex. The process for asset managers to get to an investment decision for such structured instruments is normally more burdensome and as a result, the interest levels for securitisation transactions and ABS were relatively high compared to straight bonds, considering the significantly lower risk profile and the much higher rating. However, now that the interest rates have increased, the advantages of securitisations compared to straight bonds might well again be reflected in the interest rate spreads between securitisations and straight bonds.

Therefore, in this market of rising interest rates, it is important for issuers under securitisation transactions and ABS to continue to be present in the market and to continue being diversified. The COVID-19 pandemic and other disruptive events in the past have shown that securitisation transactions and ABS are a stable and reliable source of funding.

Owing to the flexibility that contractual covered bonds provide over Pfandbriefe, the number of covered bond transactions in Switzerland involving residential and commercial mortgage loans has increased considerably over the past couple of years, with first-time issuers setting up new programmes in 2020 and in 2022. This trend is expected to continue in the future.

Different from contractual covered bond structures that were implemented in Switzerland during the early 2010s, which regularly provided for certain elements of the structure to be governed by laws other than Swiss law (such as – eg, English law), the recently implemented public covered bond programmes all provided for an entirely Swiss-law governed structure, which has been well perceived by the market. In addition to residential and commercial mortgage loans, there have also been issuances of covered bonds relying on other assets serving as collateral to secure the claims of the covered bondholders, such as – eg, auto lease receivables.

No Abolition of Swiss Withholding Tax

Unlike many countries, Switzerland does not levy withholding tax on interest paid on private and commercial loans (including on arm’s length inter-company loans). Rather, 35% Swiss federal withholding tax is levied on interest paid to Swiss or foreign investors on bonds and similar collective debt instruments issued by or on behalf of Swiss resident issuers (such as Swiss ABS or covered bonds), as well as on interest paid by Swiss banks.

While Swiss withholding tax is generally recoverable, the process for doing so might be burdensome for non-Swiss investors, and even a Swiss investor would suffer a delay in recovering the withholding tax. In the event that an investor is located in a jurisdiction that does not benefit from a favourable double tax treaty with Switzerland or does not otherwise benefit from treaty protection (such as tax-transparent funds), Swiss withholding tax might not be fully recoverable, or not be recoverable at all. Swiss withholding tax can be structured away in the event that a non-Swiss vehicle is used as issuer. However, this adds some complexity to the structuring process, given that there will also be a strong focus on the true sale analysis from a tax perspective.

International capital markets typically do not respond favourably to bonds subject to Swiss withholding tax. As a consequence, the investor base for domestic issuances is relatively often limited to Swiss investors or, in the case of Swiss multinational groups, bonds are issued through a foreign subsidiary. However, the Swiss Federal Tax Administration (SFTA) reclassifies such foreign bonds into domestic bonds if the amount of proceeds used in Switzerland exceeds certain thresholds (ie, the combined accounting equity of all non-Swiss subsidiaries of the Swiss parent company and the aggregate amount of loans granted by the Swiss parent and its Swiss subsidiaries to non-Swiss affiliates).

In order to prevent Swiss federal withholding tax from being imposed on normal loans (in contrast to bonds triggering such tax anyway), credit facility agreements entered into by a Swiss borrower, or a non-Swiss borrower under a guarantee from a Swiss parent company, must contractually restrict free transferability and syndication by adhering to the so-called “10/20 non-bank rules” and stating that (i) the lenders must ensure that while the loan in question is outstanding, no assignments, transfers or relevant sub-participations of loan tranches will be made, as a result of which the number of ten non-bank lenders would be exceeded; and (ii) the borrower must ensure that it will at no time have more than 20 non-bank lenders under any of its borrowings (in both cases generally disregarding any affiliated lenders). In the context of securitisation transactions, this is relevant in the case of single investor transactions, transactions with very few investors (less than ten) and asset-backed commercial paper transactions that are refinanced through a single, multi-issuance platform.

In order to strengthen the Swiss domestic debt capital markets, the Swiss Federal Council resolved on 11 September 2020 to abolish Swiss withholding tax on interest payments (with the exception of interest payments on domestic bank accounts and deposits to Swiss-resident individuals), without substitution, and submitted a corresponding legislative project to the parliamentary process on 14 April 2021. On 17 December 2021, the Swiss parliament resolved on the abolition. In addition, the securities transfer stamp tax on domestic bonds would have been abolished under this reform with a view to enhancing trades in domestic bonds in the secondary market. The reform was set to become effective as of 1 January 2023, subject to approval in a popular referendum.

On 25 September 2022 the referendum was held and the people of Switzerland rejected the proposed reform of the Swiss withholding tax and stamp duty regime. The margins of the vote’s rejection were tight, with 52% of voters being against and 48% of voters in being favour of the proposal.

As a consequence of the outcome of this referendum, the current Swiss withholding tax regime as described above continues to apply on domestic bond issuances, including ABS and covered bonds.

The abolition of the Swiss withholding tax on bonds and the remaining proposed changes to the local withholding tax and securities transfer stamp tax regime would have certainly facilitated and simplified all sorts of financing and refinancing activities in Switzerland, including asset-backed security structures and other capital market transactions. However, in practice, at least the credit financing markets in all shapes and forms have come to terms with the Swiss peculiarities and restrictions imposed on the syndication to non-bank lenders under the Swiss Non-Bank Rules, which now remain in place and must be complied with. In addition, Swiss multinational groups will continue to issue financing bonds either through their foreign subsidiaries or, alternatively, via multi-seller conduits or securitisation platforms. Likewise, ABS and covered bonds issued by Swiss domestic issuers will, in principle, continue to be subject to the Swiss withholding tax.